The word ‘amazing’ is vastly overused, but the end of our trip truly was.

Sunday afternoon, 27th September. With no inkling of what was to came at the end of the day we set off again in our two boats for a final gentle glide.  This time, there was no question of wanting to see things being fed or performing, indeed we went in the other direction.

Anhingas hanging themselves out to dry

There’s a snake in there…

I couldn’t help but admire the boatmen’s determination 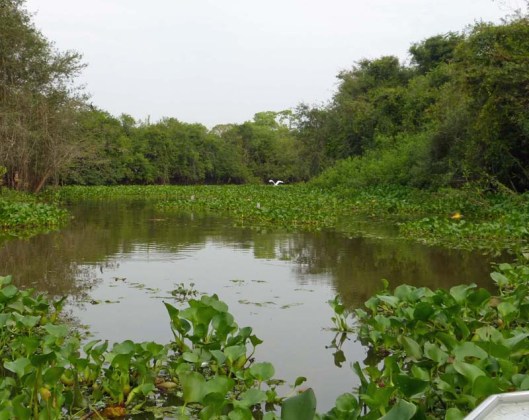 though sometimes there were open stretches

People in the know got very excited about this: Sunbittern 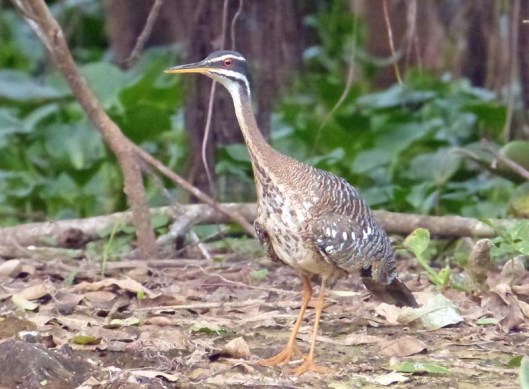 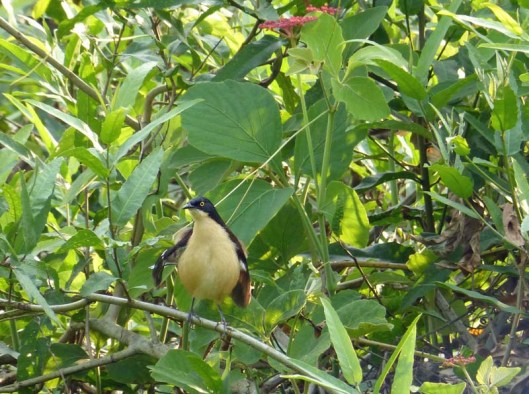 The whole trip I kept hearing this word ‘Donacobius’, on the lips of people who knew about birds. It had been ticked on the list every night in our review. On the last day, I not only saw one, but was able to take a photo of it. Black-capped of that ilk.

One of my favourites – not least because I could recognise it – the rufescent tiger heron, juvenile

The Ringed kingfisher is another that I learned to recognise

The heron reveals its eponymous boat-bill… 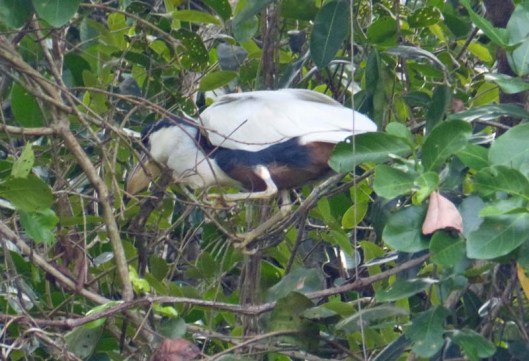 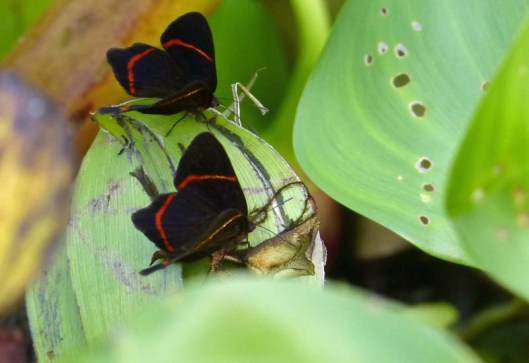 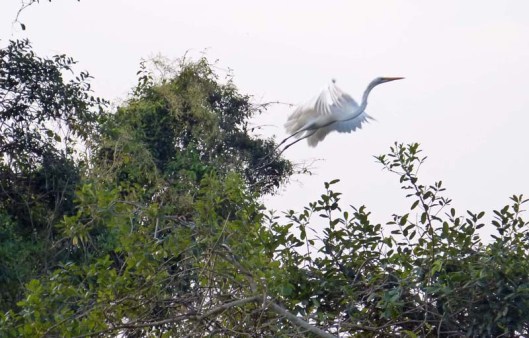 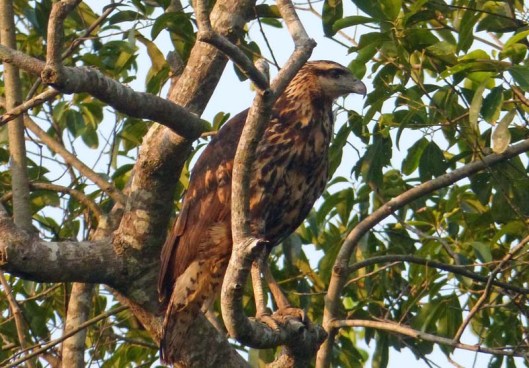 Jabiru stork – one from the nest at the lodge

Every day, late afternoon, hot, sticky, beginning to tire, we were treated to chilled drinks which had emerged from a cooler at the back of the boats.  I had discovered a local carbonated one I rather liked, guarana, so that was my choice every day.  (I’ve just looked it up.  No wonder I liked it:  it’s high in caffeine!)  Dave Allen video’d our ‘sundowner’ about half way through the trip. (In case you’re interested , I’m in a green and white check shirt, towards the left.)

Well after dark, we assembled for our final meal together – some of us were leaving at 5.00 am the following day.  Suddenly, one of the boatmen came rushing in. “Onça!” he cried, “Jaguar!”  We rushed out.  Staff soon had their incredibly strong lamps on the spot on the other side of the river, but it was still very difficult to see anything.

“It’s in the hyacinths”.

“Naturetrekkers*, go and get your binoculars”, advised our leader.  We did, and I was just back in time to see the large feline clamber out of the water and up the bank, and then head off into the undergrowth.  With something in its mouth. A capybara.

But George hadn’t fetched his binoculars: he had fetched his camera.  And this is what he managed to take, very low resolution image here, but unmistakeable. An amazing finale to a wonderful trip.

* I was travelling with the excellent wildlife tour company, Naturetrek.

Many thanks to Dave Allen and my French birder and computer friend (and friend friend) Bernard Liégeois with great help in removing question marks from bird pictures throughout this series, and again to Dave for permission to use his wonderful video clips.

18 thoughts on “Last boat outing – and an extra-ordinary finale!”