After lunch, a short wander round the grounds, observing this notice

Board near our accommodation at the lodge

and this Dik dik

No danger, though, from this,

and a rest, it was time for another trip out in the jeeps. 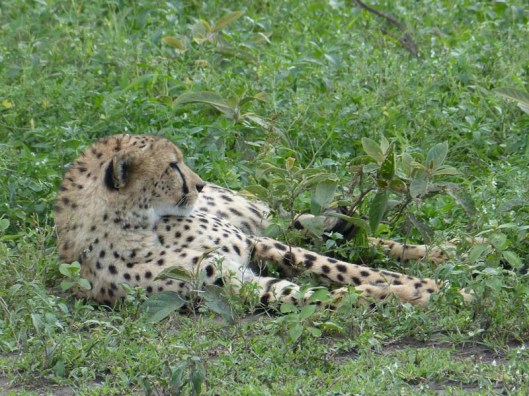 Dung beetles. The dung is the size of a tennis ball.

Impressed by the antics of the dung beetles, I made a video:

Vultures like being near lions, hoping to help clear up after a kill. We just liked being near lions for sheer pleasure, in this case observing adult females and cubs doing nothing very much. 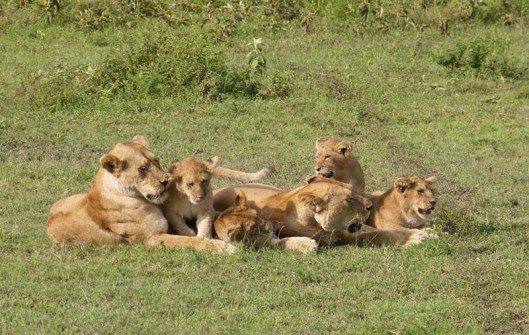 Just too cute or what?

Lions spend most of their day sleeping

Sunrise over the plain

Lots of lions again today, but no ‘action’, despite much soliciting by the females.  We stuck around them for much of the day, breaking for breakfast after a couple of hours, 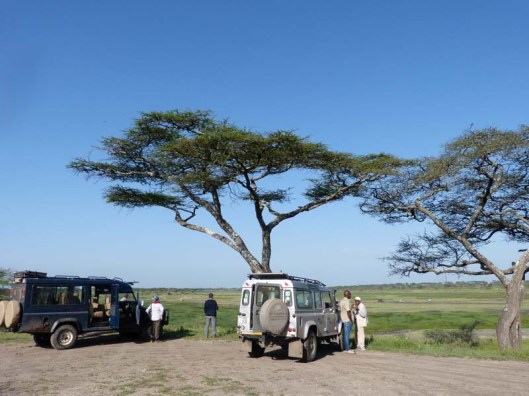 expecting action of some sort when another male hove into view,

(but it turned out they were brothers), 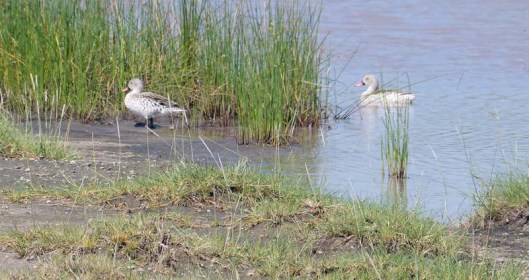 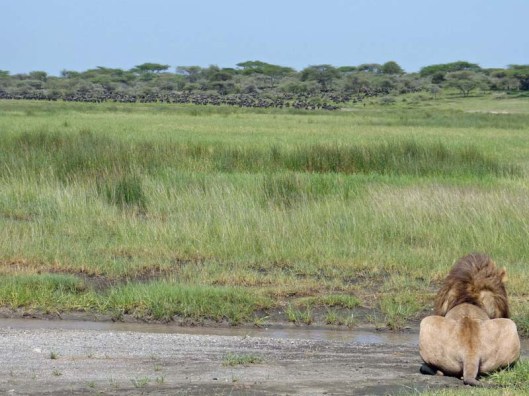 We went back to the Lodge for lunch and a rest from the fierce sun of the middle hours of the day. Later we returned to the marshy area to see what was happening. 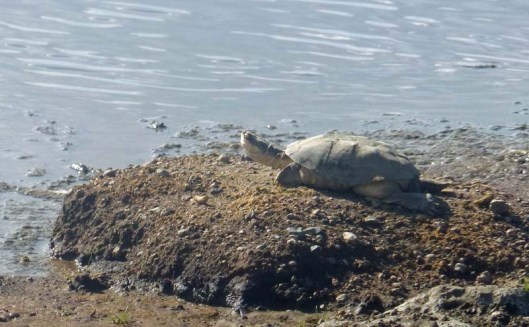 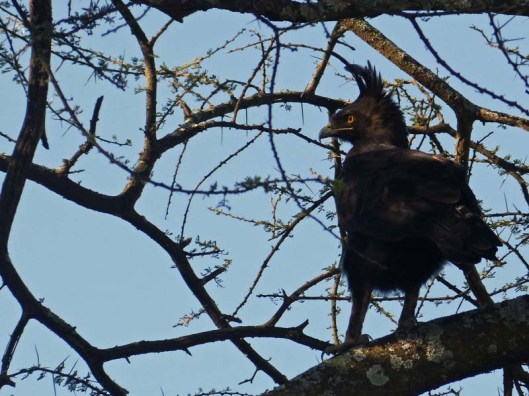 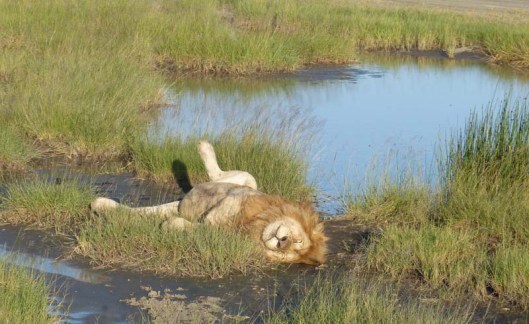 But all the lions wanted to do was to lounge around, at least until the sun was going down (around 6 pm) and we had to be away. They are entirely unfazed by human presence, though it would not be advisable to get out of the jeep.

This Saturday, 27th February, I returned from a fortnight-plus-travelling trip to see the wildlife of Tanzania.

Over the next two or three weeks  I shall be sharing just a very few of the photographs I took of the rich wildlife that the country is conserving in its national parks.

We landed at Kilimanjaro Airport late in the evening of Wednesday 10th February after a violent rainstorm.  February is the middle of the wet season in Tanzania, though it has slightly less rain than the months surrounding it. Our leader, IW, had been fortunate in previous visits at this time of year in not having experienced much rain.  We had a fair amount over the two weeks though it only affected us seriously during the last part of our visit.

We (IW plus eight of us) left our overnight hotel in rain, which continued for much of the five-hour journey across the Ngorogoro Conservation Area to Ndutu Safari Lodge. We had first sights of many animals, but weather conditions did not make for good photos. We were pleased to be able to settle in our accommodation, and that the weather had cleared considerably.

We enjoyed the view.

After lunch and a good rest, we went out for our first safari drive.

It was the time of the great wildebeest migration, and we saw hundreds, perhaps thousands, of these animals during our stay. 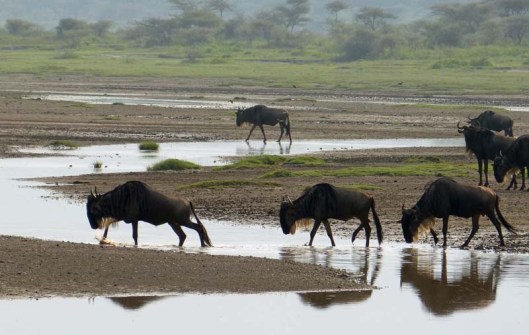 It was not long before we came across our first lions (thanks to the expert knowledge of the drivers of Serengeti Select Safaris who were with us for a week).

Apologies to those of a sensitive disposition. The male had two lionesses with him, mating with each turn by turn every ten minutes. The stand-off at the end of the encounter is because it hurts the female. 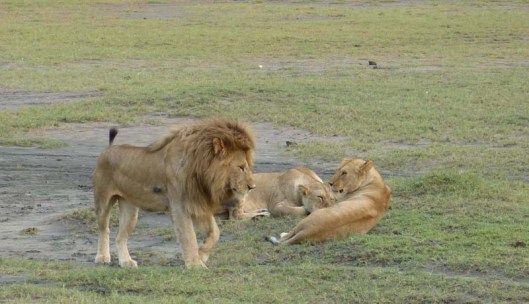 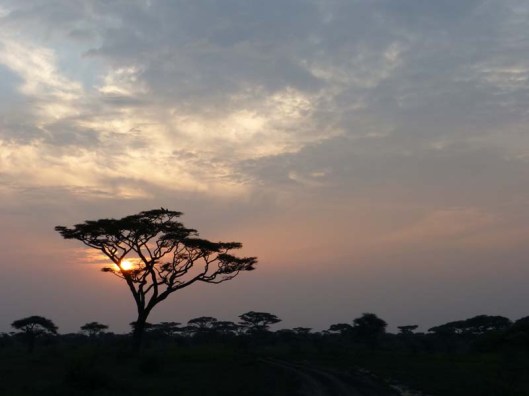 This beautiful nocturnal creature is a not a feline but a genet, related to mongooses.  We should not see it, but for years three of them have been visiting the dining room of the Lodge each evening, no doubt because they know that the kitchen will see them alright if they do.

The following morning dawned grey and overcast, but we hoped that, as the previous day, it would clear up later. Our first viewing of the spotted hyena led us to consider that it was fluffier than it seems on TV, and not nearly as ugly as we had hitherto thought, even when carting off a baby Thomson’s gazelle to eat. 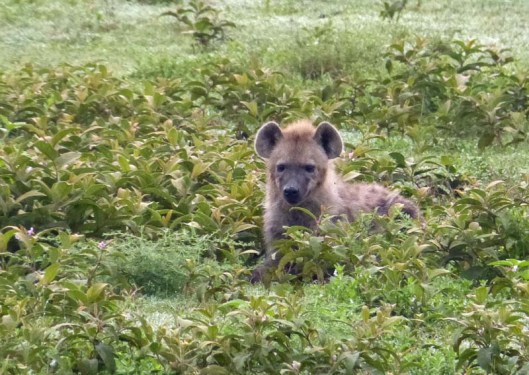 Almost immediately afterwards we saw a Grant’s gazelle in the minutes before and after giving birth.

She had cause to be worried about hyena and jackal, but her only concern about this wildebeest is whether it will tread on her calf.

One of the most common birds around, the Superb starling

Back to the Lodge for lunch.