Early afternoon on the Monday, we arrived at Cromarty to see this:

Something to do with oil

A bit of a comedown after the beauty of the Highlands we’d been in for two days.  But we were soon kitted out in heavy waterproofs, and moved to our boat. 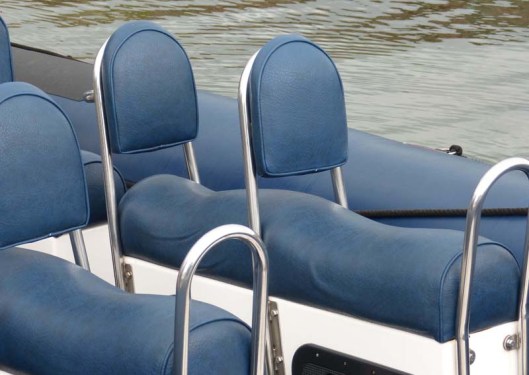 An excellent design, giving stability when you stand up. Wouldn’t want to sit that way for longer than the couple of hours we did though.

Out into the Moray Firth, to see dolphins and sea birds.

Guillemots in the background 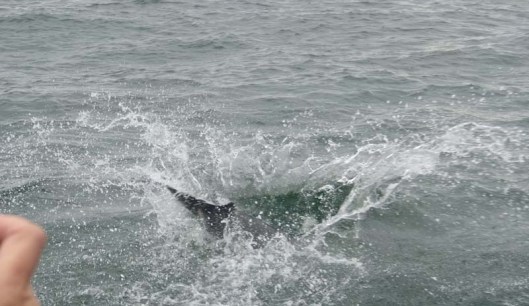 I’ve not cropped out the fingers, to show how close to the boat the dolphins came. 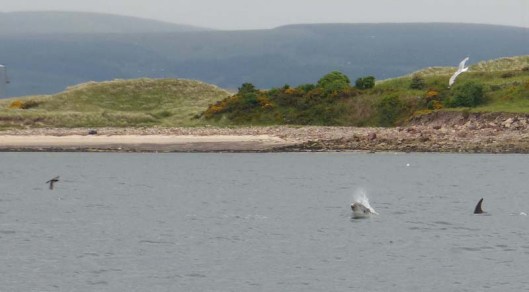 I was pleased to catch a bottlenose dolphin’s face. 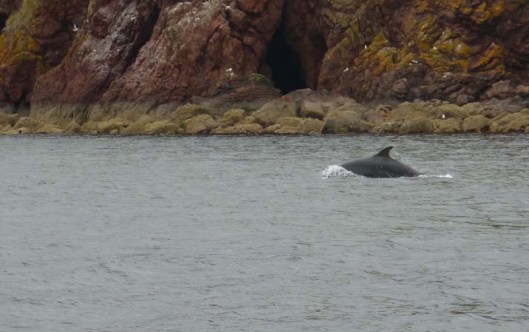 The tail end of a jump 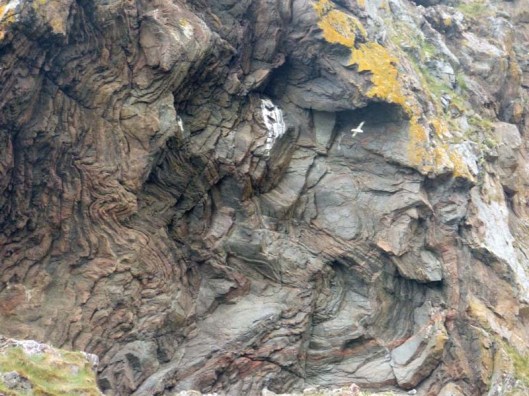 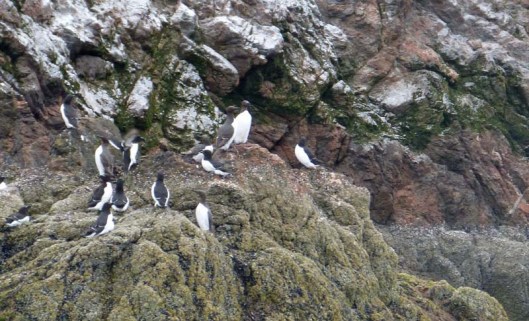 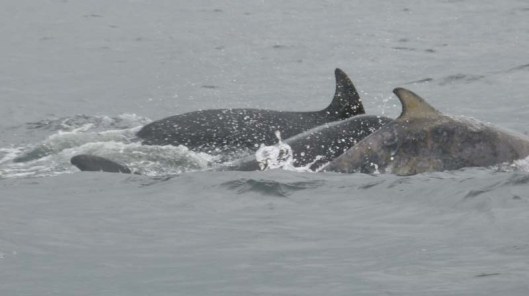 Three dolphins being playful near the boat 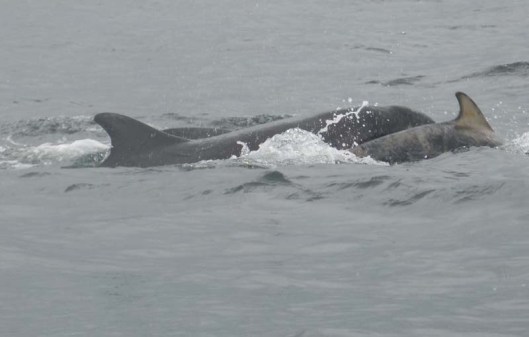 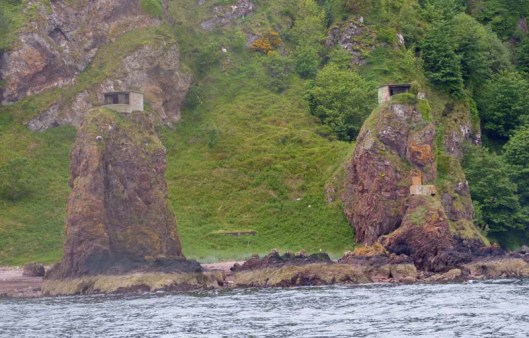 We thought this flight was of barnacle geese.

We were all very happy bunnies afterwards.

To finish off the afternoon, we drove to an RSPB reserve at Udale Bay.