My body clock ensured that I got 5 hours’ sleep maximum, and I found myself exchanging Facebook messages with Geoff’s sister in the UK at our respective 3 am/8am. I stayed in bed reading (online newspapers and e-novel), dozing, and Facebooking until all but one resident had departed for work/school, and breakfasted at 8 pm. I spotted this from my bedroom window as I got up. (I realised later that therewas a bird feeder immediately above.)

Later, having strolled around the garden, while being very wary of solid ice patches, 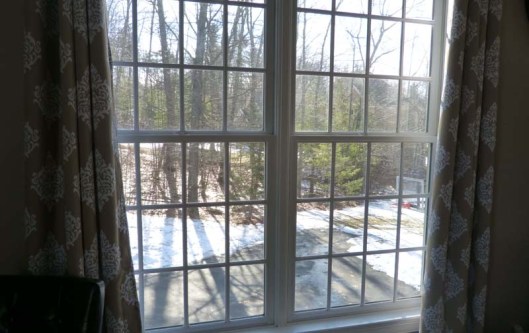 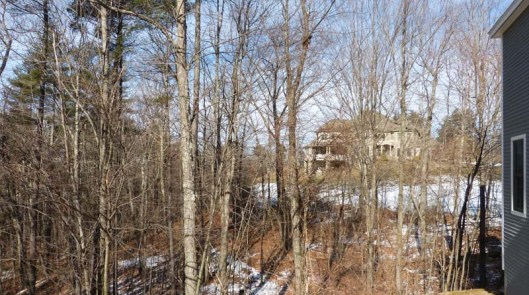 I went out for a lovely two-hour, 3 1/2 mile gentle there-and-back stroll in the neighbourhood.

The nearby city of Manchester in the distance 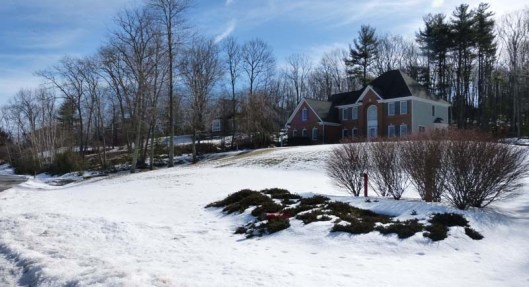 The sun was melting frozen ice, and this particular bank had me mesmerised on the way out. 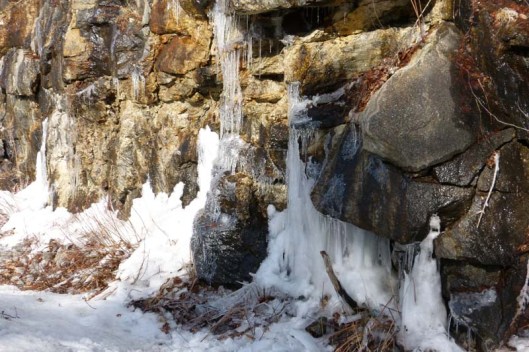 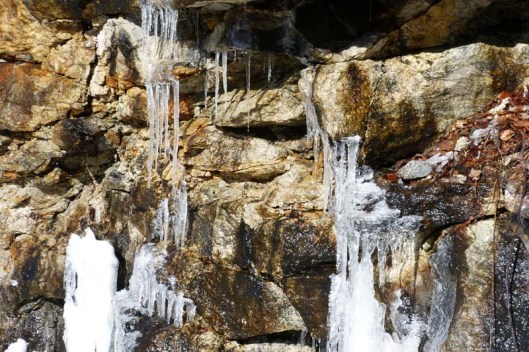 It was a soundscape as much as a visual pleasure, as icicles came crashing down.

Wild turkeys in someone’s garden.  I was told they come out of the forest to peck for seeds as the snow melts. 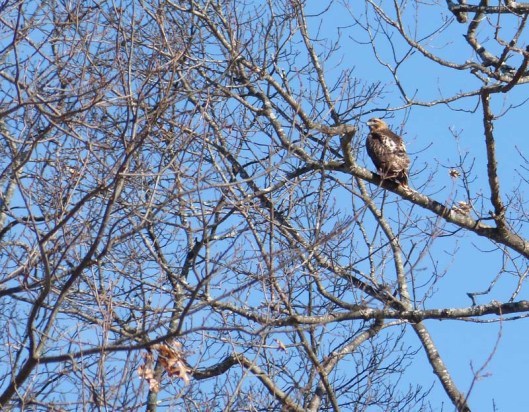 … to, presumably, its mate. 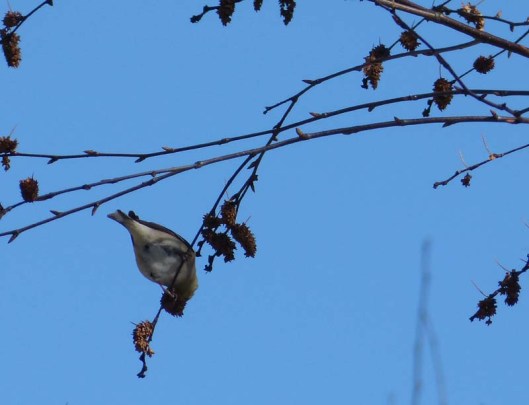 The ice bank once more held me in thrall on the way back, and the droplets falling in this three-second video made me think of tadpoles.

Family members started arriving home at 4 pm, and the catching-up chat that hadn’t been possible the day before took place, followed by a not-quite-so-early retirement to bed.