Sunday, final hours in Toulouse. Although there was a chill in the air, there was some blue sky this morning, and no showers came to spoil my wanderings until the very end.  I decided to make again for the romanesque St-Sernin basilica, seen just from the outside on Friday. 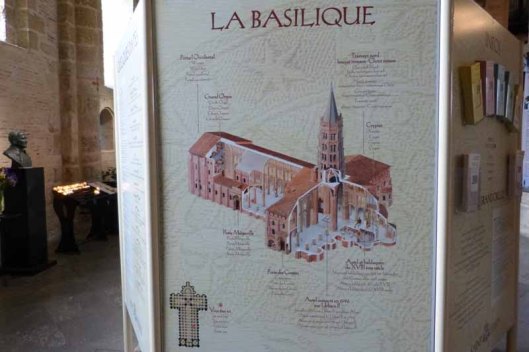 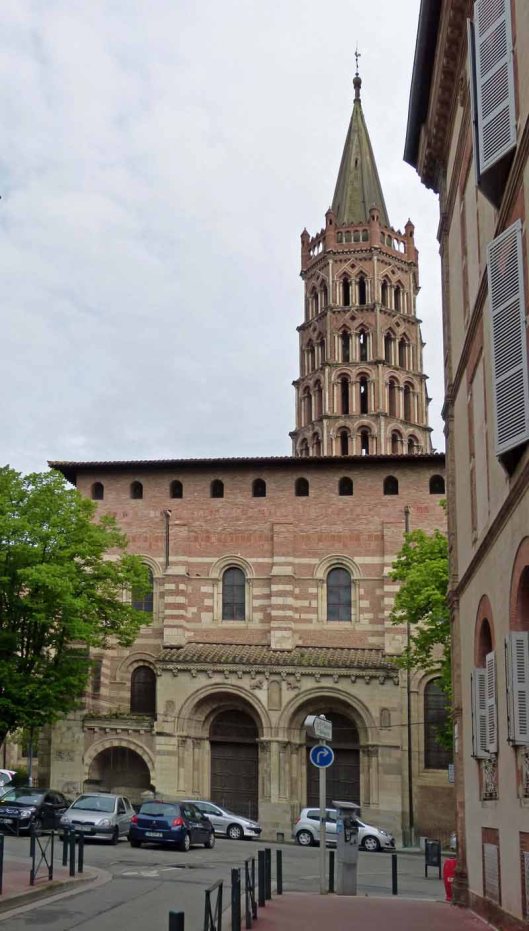 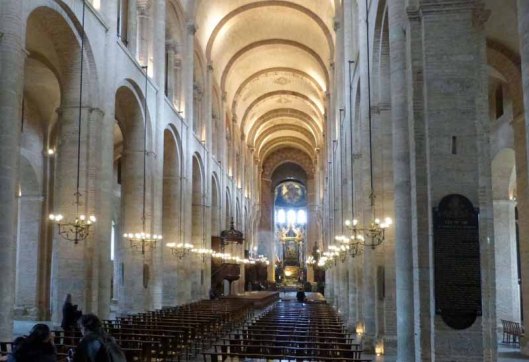 I chanced to arrive just as a service had ended. Indeed the organ was still playing, and I just stood and listened for a while. It is total coincidence that the music swelled as I zoomed the video below onto the high altar.

This huge basilica pleased me much more than the cathedral had the day before, and its architectural style reminded me of my visually favourite churches in Poitiers, which I left seven years ago.  (I kept being reminded of things that morning.)

Toulouse is not known as ‘La Ville Rose’ for nothing.

to another public park, the Jardins Compans-Caffarelli.

This contained an award-winning Japanese garden. 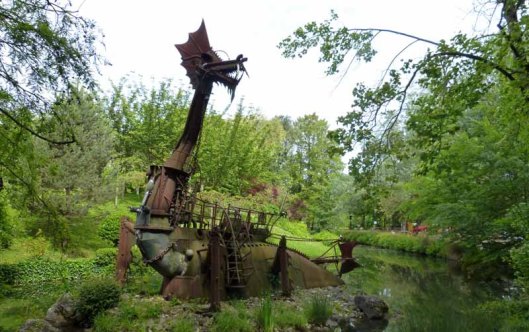 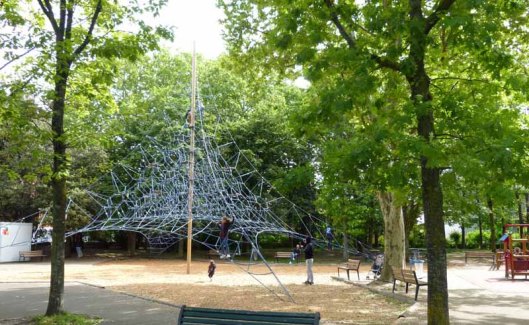 A fun rope climbing frame, in the main park

I found myself thinking of Old Faithful now.

A recent memorial to African slavery

From here, having picked up a filled baguette for my lunch, I walked 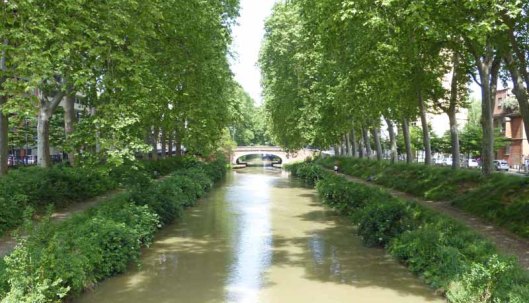 The short Canal de Brienne, linking the Garonne with the Canal du Midi

to the banks of the big river once more, to visit the Espace EDF Bazacle,  the still functioning hydroelectric plant. This was built in 1888 to provide electricity for Toulouse’s public lighting, to the fear of many, and the resentment of the gas company which had fulfilled that function hitherto. Bazacle had been a mill since the middle ages, associated through time with such products as cereals, paper, and latterly tobacco.

I now understood why, when I had stood on the banks of the Garonne on Friday, there had been such a noise coming from downstream.

It is the calm water nearby which produces the electricity, flowing through turbines under the construction to the right

The Bazacle plant depends on the swift flow of water. This kind of turbine is appropriate to great falls of water in mountain areas. 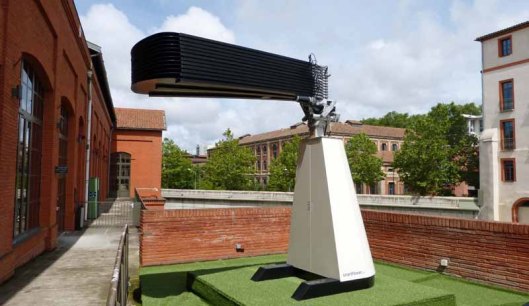 A flower solar electricity installation, the petals of which open to catch the sun 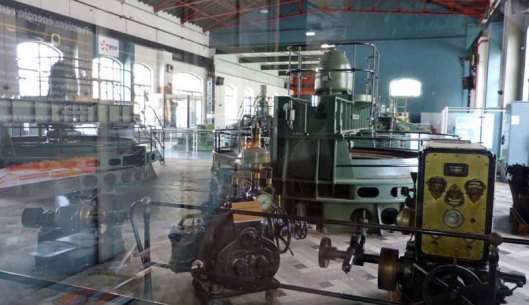 Part of the works

There was a pleasant terrace here, so I took the opportunity of eating my baguette in the open air. 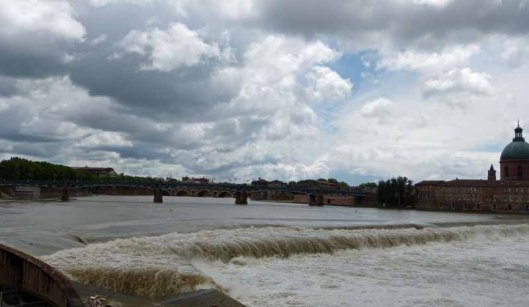 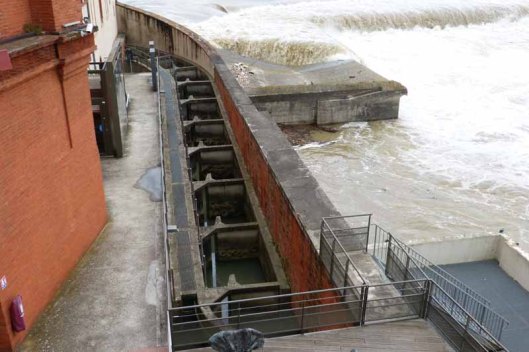 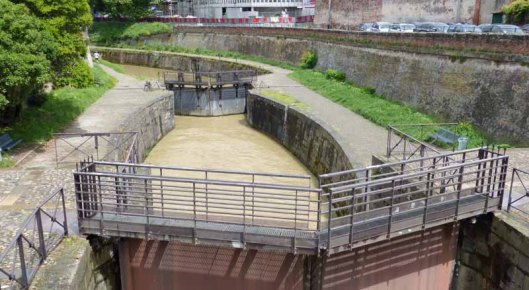 Interesting oval lock on the linking Canal de Brienne, at its junction with the Garonne (behind)

Shortly after I set off, passing the above lock, for my hotel, it started drizzling and then raining again, so I didn’t linger, except at the place du Capitole for a final coffee.

Having collected my luggage, I set off to find the shuttle bus for the Airport, not for a flight, but to pick up a hire car.