Madeira Revisited 3.  We were above the clouds again on the Thursday, quite near to where we had been the previous day, but after a much longer drive because of a road closure.  We were driven to a pretty high spot, and thereafter would walk, theoretically to the top of Pico Ruivo (1862 metres/1608 feet) which was not much higher, except that there was a great deal of up and down, (a very great deal of up and down), on the way. I left the keen botanists behind, and better walkers than I went ahead of me.  I just took my time, and, as the previous day, amused myself taking photos of plants and views.

Near the beginning of the walk, looking south

Looking north, over to the radar station on Pico d’Arieiro where we had been the previous day. So near yet so far. It was walkable along a rather hazardous footpath, and we saw people on it. 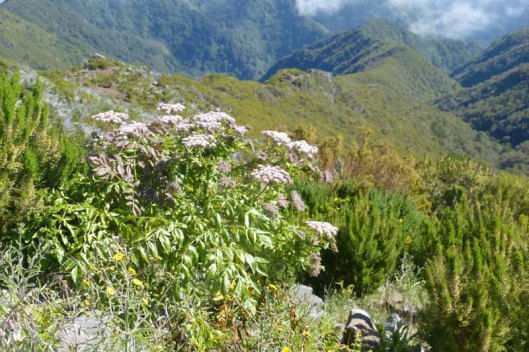 Looking back after a short while to the car park

The weather was ideal for walking, not too hot, with a little breeze. Much, but not all, of the path was paved, like this.

Could a path be more inviting…? 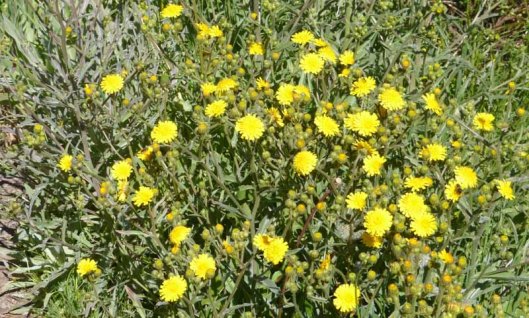 We had been told that the last part, to the top of the Pico, was just 400 steps. The white splodge at the upper right of this picture is a refuge at the bottom of those last 400 steps. 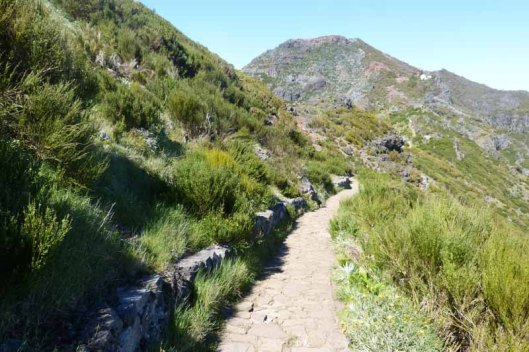 After quite a lot of walking I had admitted to myself that there was no way I was going to inflict that last stage on myself, and indeed that I would probably turn round well before it.  In fact I did make it to the refuge, but once there was not in the least enticed by the thought of being able to see a very rare plant (viola paradoxa, a yellow violet, an oxymoron to me!) at the top, or by the encouragement of my companions to attempt it. 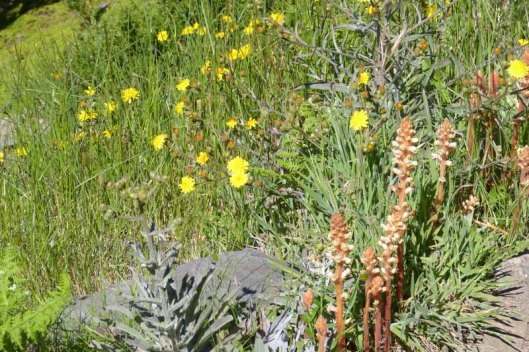 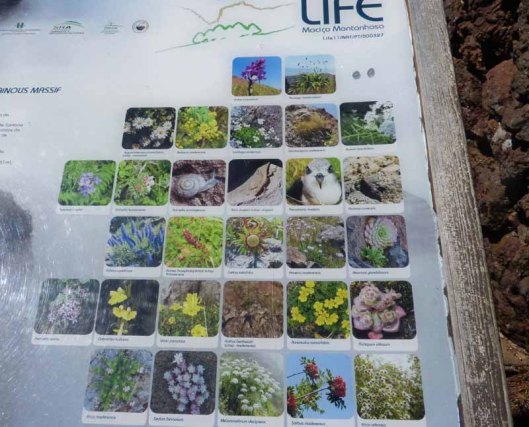 A guide at the refuge to some of the plants in the area. I can’t see my buttercuppy or dandeliony plants there – probably too common – but the viola paradoxa is there).

On the way back 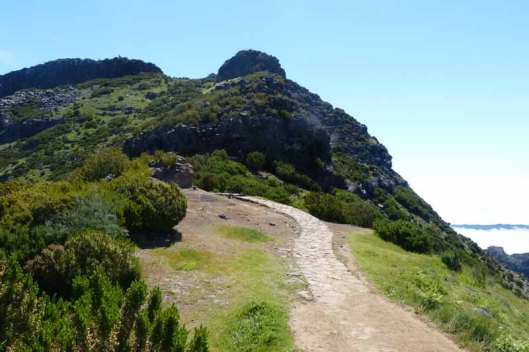 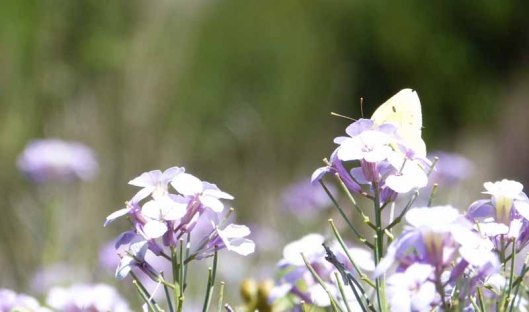 I ate my lunch at this halt,

pleased to find that it was not totally occupied by others already. Given that doing the walk were many people of many nationalities – German, then French, then Portuguese in my estimation far outnumbering British people – I was pleased to have a bench to myself. 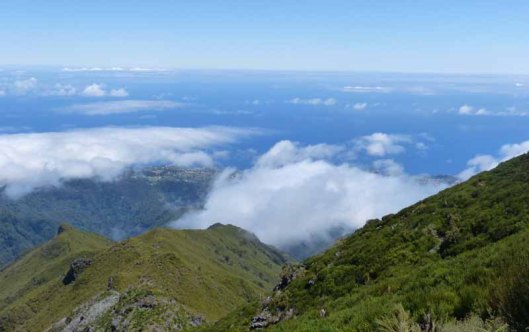 The cloud cleared to the north of the island … 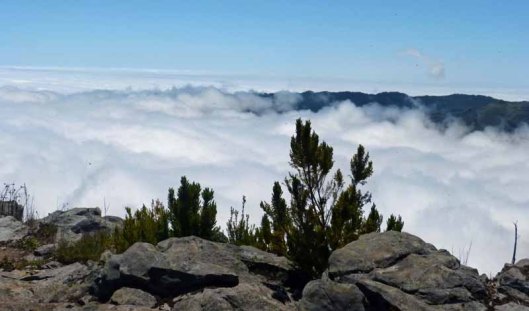 but not to the north, which is not how it’s meant to be!

We moved on in the early afternoon to Porto da Cruz, on the north coast, where I had been on my previous visit to Madeira, so I didn’t take many photos.  While there we were able to visit a sugar cane processing factory, new to me,

to have a wander around the coastline,

and to admire the geology. 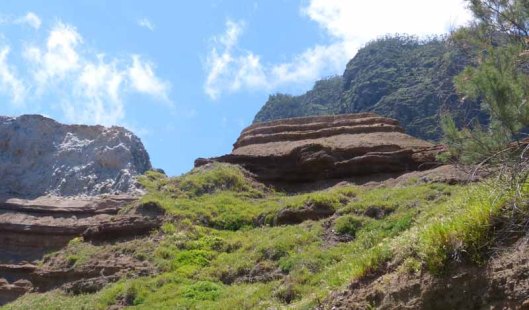 I hadn’t really twigged before that volcanic rock could be sedimentary, but of course these lines are formed by layer upon layer of volcanic ash and other spewings.

A cool drink (I took the drink based on local sugar cane rum, poncha,) in the shade at a local café made a nice end to our outing, and another good evening meal at a Funchal restaurant, followed by a vertical hike back to our hotel, rounded off the day nicely.