Ardizzone and Rodin.  Neither of us had before heard of the English illustrator, Edward Ardizzone (1900-1979).  But when I had read of the exhibition at the House of Illustration devoted to his work, I realised that I, like probably everyone else of my age who had read storybooks as a child, must have seen so many of his pictures.  And how familiar his style turned out to be!  And how delightful!  However, Ardizzone was also an official war artist in WW2, and in due course worked for the magazine ‘Punch’ .

But I’m getting ahead. The House of Illustration is on Granary Square, part of the Kings Cross development  project, and has been open there for a couple of years.  Mary and I stopped for coffee first at the café of a well-known supermarket housed in a very attractively converted old industrial building.

“A cappuccino and a flat white please.”

“We don’t do a flat white. Would you like a coffee?”

Well, that was a first!

Photography was not allowed, and they had run out of postcards.  I have picked these images up from internet sources (and will of course remove any subjected to protest that they are copyrighted.) 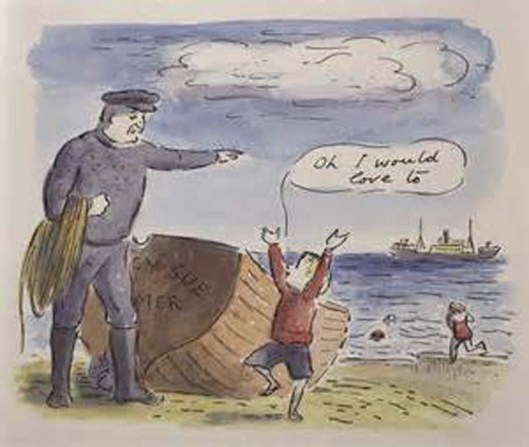 Many of his enticing book covers, for both adults and children, were exhibited. 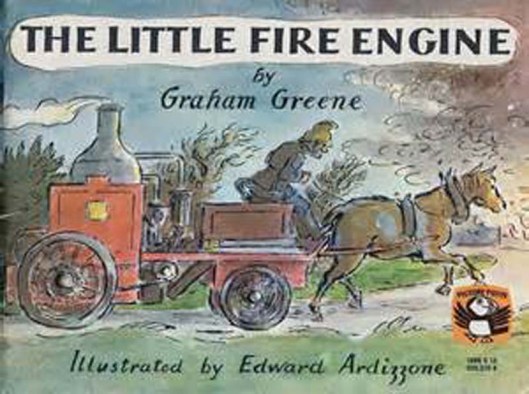 But this next really got to me.  (It is owned by the Imperial War Museum and is definitely in the public domain.)  It is called ‘A Drunken Dutchman in a Street in Bremen’.  So much more poignant than any photo.  And it reminded me of my visit to Oradour-sur-Glane a few years ago, that town sacked by the Nazis in 1944 as they retreated from western France, killing almost every single inhabitant, man, woman and child, many of them after they had been been herded into the church which was then set on fire.  The town was left as it was in 1945 as a memorial and is now a tourist ‘attraction’.

Outside once more, we walked around the Kings Cross development, not yet finished.  To my delight I found that it abutted, over the Grand Union Canal, the Camley Park nature reserve, which I have yet to visit. 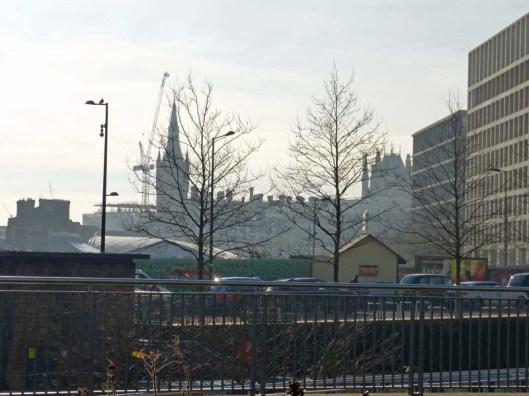 This coot was almost literally under our feet, on the ‘wrong’ side of the canal.

A short bus ride took us round to the sunny side of St Pancras Station, where we changed routes.

We were heading for the Courtauld gallery, housed in Somerset House, which has a very varied history. 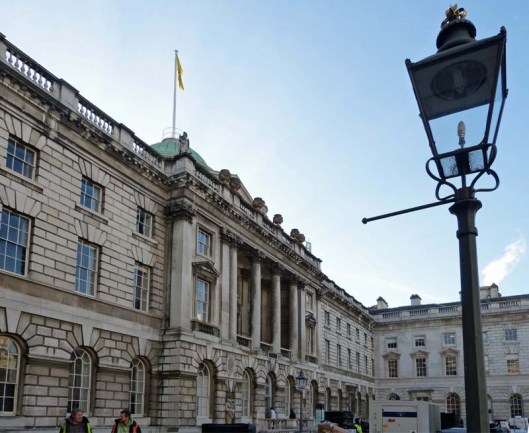 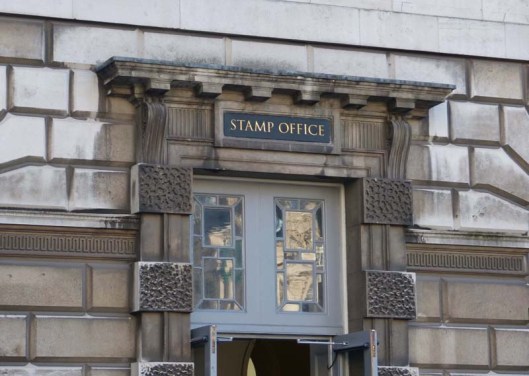 Our view at lunch, taken in their café, would have been more interesting a few days either earlier or later.  Today they were clearing away the ice skating rink which had been there from mid-November to the middle of this month.

St Mary le Strand peeping over to the right

Making our way back to the Courtauld Gallery entrance, we heeded Bacchus’s warning. 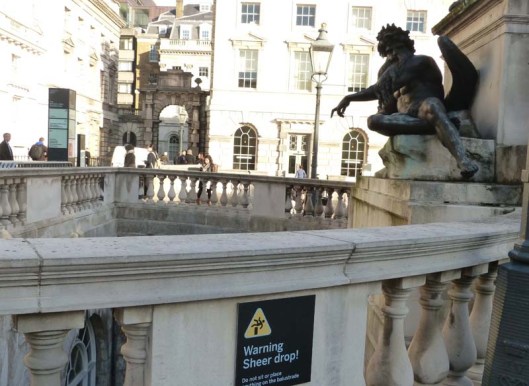 Photography in the Rodin and Dance exhibition was not allowed, so here are scans of a couple of the more publishable exhibits.  Most of the others were studies (for sculptures) much too explicit for a nice girl like me to share. Rodin himself shared them with only a few friends. 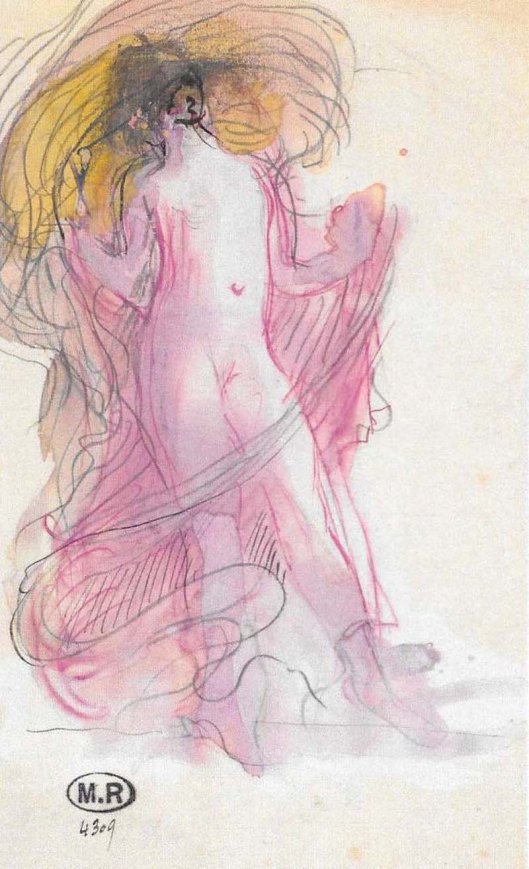 The exhibition was small and quickly viewed, so we completed our visit to the Gallery by looking at some of the many other wonderful, well-known, exhibits. These are my photos. 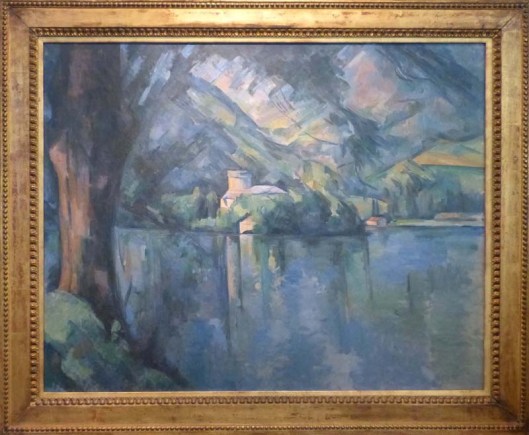 Cézanne, The Lake at Annecy 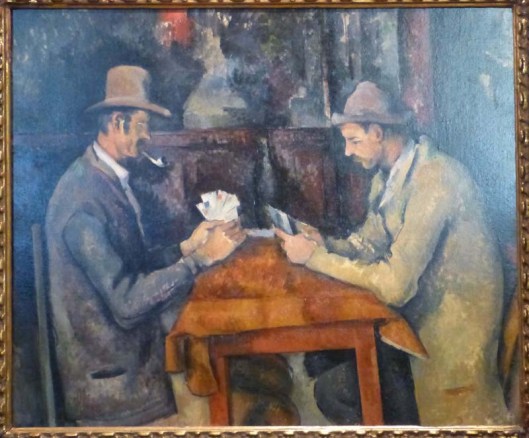 Cézanne, The Card Players, one of Mary’s favourites

I had only visited the Courtauld Gallery once before, decades ago when I lived in London.  I had fallen for and bought a postcard of this picture of Don Quixote and Sancho Panza by Daumier. I still have it, very dog-eared from years of use as a bookmark.  So I treated myself to a new one:

Many, many thanks to Mary for her company and hospitality over this couple of days.