Sicily 8: Catania. Suitcases packed, accounts settled, we were off to spend the day in Catania before dispersing.  A last sighting of Etna as we went south.

Francesca had arranged for us to leave our luggage in Catania at a small B and B, The Globetrootter, owned by a friend, for the day, and we set off.

I was thrilled serendipitously at the first place we stopped, a castle built by one of my favourite characters in history, Frederick II of Hohenstaufen, 1194-1250, a fascinating, if far from likeable, man.  I had studied him for my ‘A’ levels and he had intrigued me then.  (If you click on the link, skip the history, and go to ‘Personality’, and ‘Literature and Science’.) On my trip to Sicily in 1975 I had paid homage at his tomb in Palermo Cathedral.  This castle was a real bonus for me.

Although we went in, it was just to say hello to the woman running the bookshop, another friend of Francesca.  (We came across many more of them during the day – this was her home city after all, and she was well-known as a television journalist on the island.)

We then went on to the fishmarket, which turned out to be so much more. 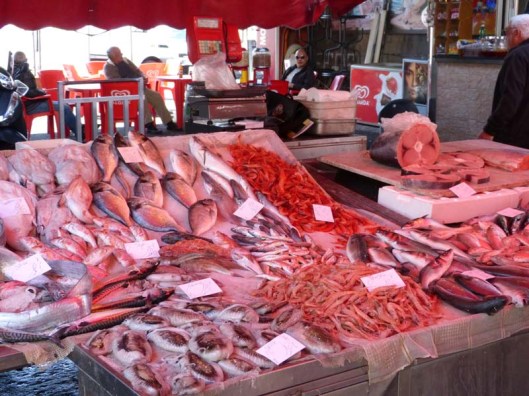 Francesca and a scampo 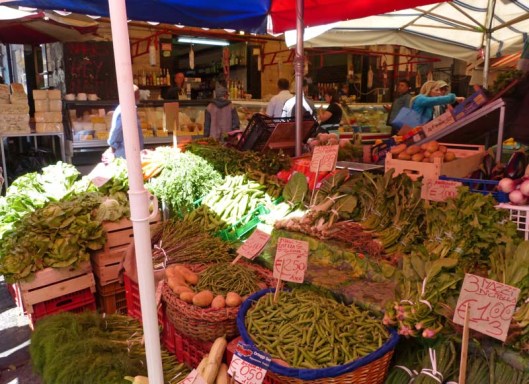 We had been told about long courgettes!

The next two photos will be of interest only to geology enthusiasts, especially since one is not at all clear.  We went through a bar to see a lava tube, a tunnel made by flowing lava as it solidifies on the outside.  As the sign indicates, it formed during the eruption of Etna in 1669.  It’s of particular interest because it now has a stream flowing though it – in the other direction from that of the original lava flow.

On to Catania’s cathedral.  I was pleased to see the tomb of Sicily’s famous composer, Bellini, but not nearly as much as I had been to come across that of Monteverdi in Venice some years back.

After a stop for refreshments in the cathedral square, we walked on, and passed this. 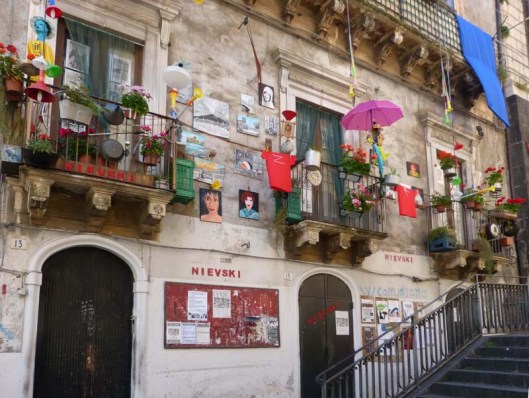 It was communist headquarters, now a popular pub 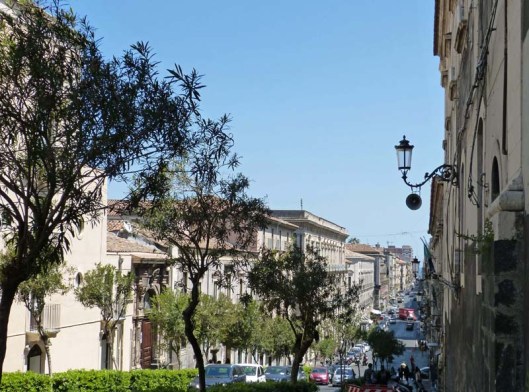 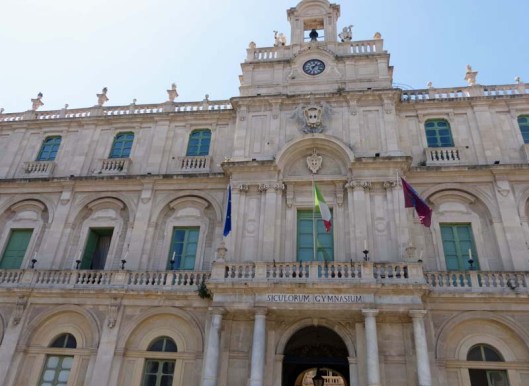 Not a the modern meaning of a gymnasium, but a place of learning. ‘Siculorum’ means ‘of [the] Sicilians’

Lunchtime.  At the Trattoria de Fiore, run (that does not adequately describe the force that she is) for the last 40 plus years by Rosanna, who makes wonderful pasta among other things.  Ordering our meal was an event in itself, especially since Rosanna just loves talking – and she wasn’t the only Sicilian present who has the same predilection… 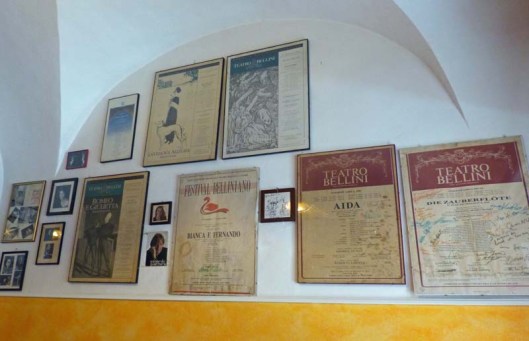 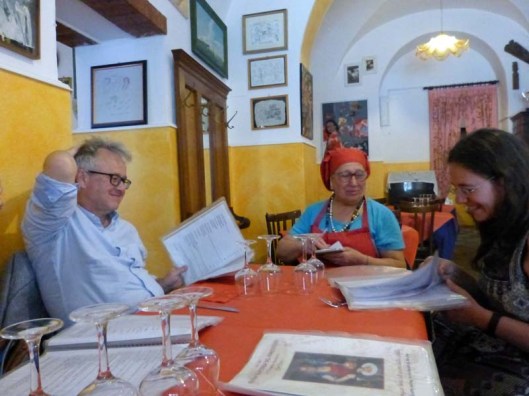 The others all ordered pasta , but I just didn’t feel hungry enough so I ordered antipasti and a light fish dish…

But I should have known that antipasti would be more than sufficient. The sardines to follow were delicious, but I could only manage two of the seven, even though they were small as fresh sardines go.  I managed to persuade others to eat three of those left over, and made copious apologies to Rosanna for not finishing the entire dish.

Here is a blurry picture of someone’s ‘pasta alla norma’, resembling a volcano.

We got up from table well after 4 pm!  It was nearly time to get back to the B and B place to pick up our luggage and say goodbye.  But we just had one more visit to make – to what had once been a monastery and was now a university – where Francesca had done her studies. 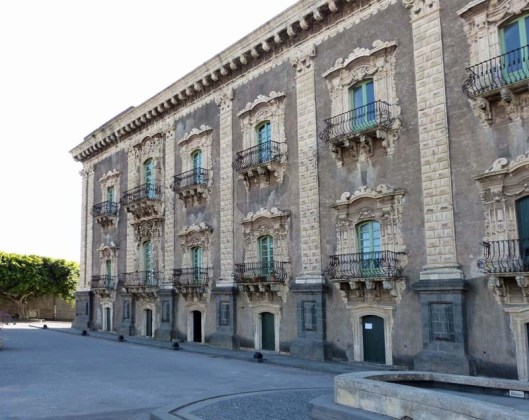 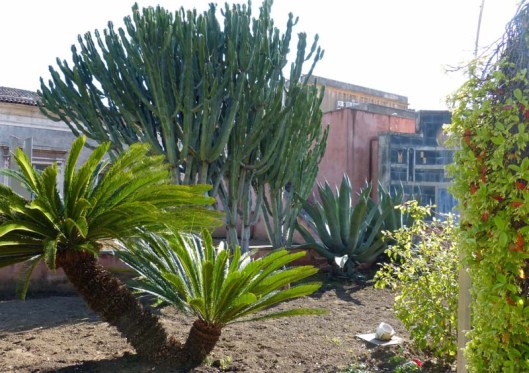 We were able to peek inside the large rooms where lecturers worked – the monks clearly didn’t stint themselves for space back in the days.

And so we said goodbye.  Geoff was off to Syracusa, Francesca, and Alec and Isobel were staying on in Catania for one extra night before returning to the UK the following day, so it was just Emma and I who took a 20-minute bus ride to the airport to await our plane, which would get us to Gatwick at midnight.

Despite my accidents and being off-colour, it had been a lovely week in good and friendly company, with a great variety of themes and activities.  Being a study tour had made it extra interesting.  If there is one which stands out as both unexpected and ultra enjoyable … it was Food!

I  think it is definitely a case of ‘Arrivederci Sicilia’.  I hope so anyway.