Madeira Revisited 7. Last full day. By the way, my memory was playing me up.  It wasn’t on Day 5 but today that we went to Cabo Girâo, at 580metres/1900 feet the highest cliff in ‘Europe’. Here’s the view eastwards, towards Funchal, from the glass platform. 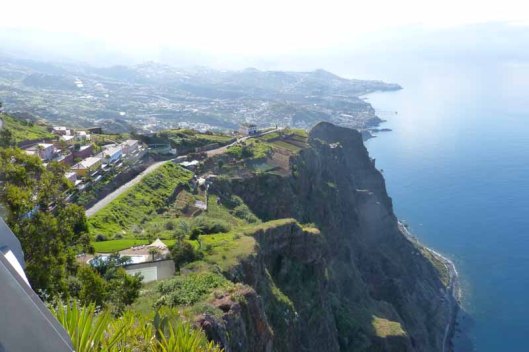 From there, we continued along the coast to the west, and then turned inland to another upland, very different from what we had seen, a plateau heathland, once more above the clouds.

They were building a huge reservoir where we made a brief stop (in the middle of the left-hand brown area on the map), but we were there to see more of this magnificent native plant, called Pride of Madeira, echium candicans. 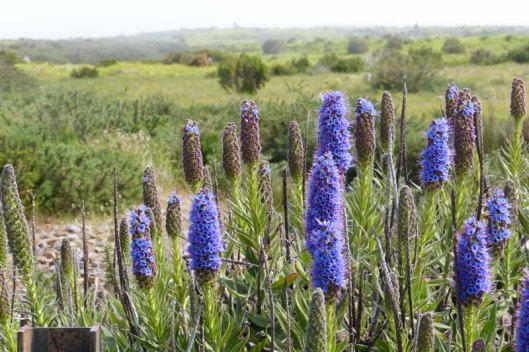 I’d liked it so much the first time I saw it, on the first day, that I’d bought a t-shirt.  The flowerheads really are this big. 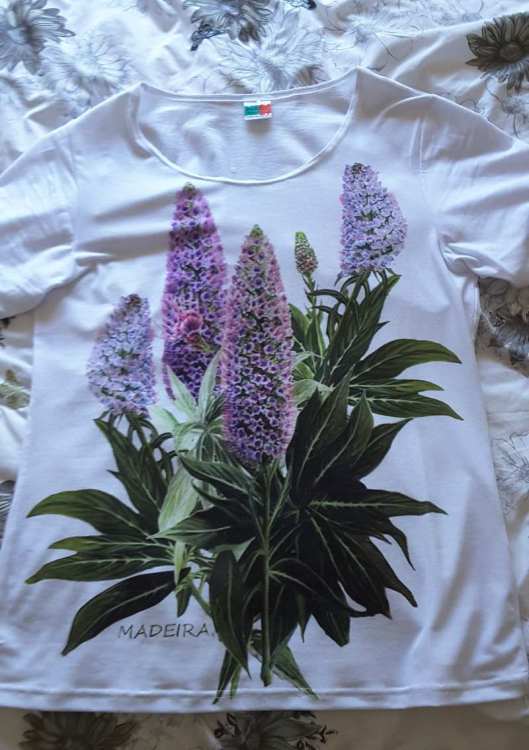 The label says it was made in Madeira.

Next we descended in our minibuses to a place called Rabaçal, (on the left-hand edge of the brown bit on the map), within the clouds. Indeed it was difficult to tell whether we were in mist or whether it was actually raining.  Fortunately, the longest part of our subsequent walk was downwards on a long, quite narrow, very quiet, wind-y road, and out of the clouds.

Good to see this natural stream, after all those levadas

We were all spread out, and, uncertain as to whether we should continue on the road or take this steep path, Christine, Richard, David and I stood here for a long while nattering. It turned out we could have taken either.

When the tarmac came to an end, we continued on a further steep path downwards, but this fortunately became a flat levada walk shortly afterwards.

Madeiran chaffinches were everywhere, and very friendly. I have resisted posting photos of them every day.  This one, like many, had a deformity on its feet.

At the end – a place called Risco – there was a long, but narrow, waterfall, to which I found it difficult to do justice in photos.

The walk was a there and back one again. 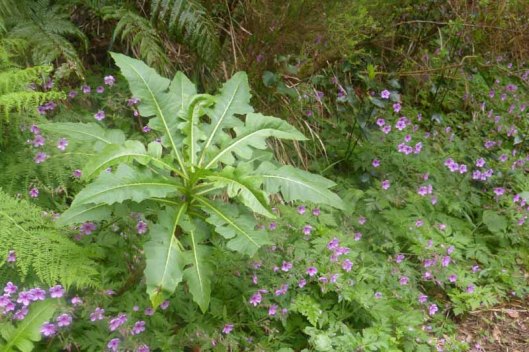 There was no doubt a fantastic view behind the cloud…

It was with great pleasure that most of us, when we got back to the tarmac road, took a little bus provided by the local authority (at 3 euros each) to get back to our own minibuses.  All this took much longer than anticipated, and it was rather late when we had our lunch in what was no doubt a beautiful spot on the heath, picnic tables and all, but sadly we were once more in the chill and damp of cloudland.

Our final stop of the day was in what was formally designated ‘cloud forest’ (warmer here because more sheltered), where we were able to see how plants just absorbed water from the atmosphere, and indeed were growing on each other.

Back at the hotel, it was time to pack, then go down one last time to a restaurant near the seafront, and climb back again.

The following morning, it was time to say good bye to the hotel (the Residencial Pina) and its friendly staff.

My room right in the middle, over the breakfast room. That’s a dragon tree. 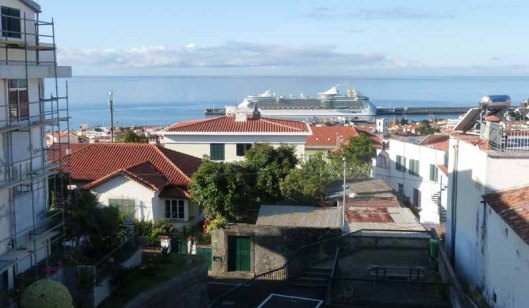 That had come into harbour overnight 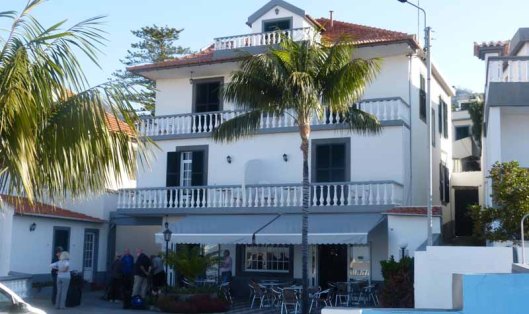 When I visited Madeira in November 2016 on a regular tourist holiday, which I did much enjoy, I had sensed that there must be wilder areas, where it was possible to look around without the view being interrupted by rooves and cables.  This holiday proved to me that this was true, and showed me just how beautiful deeper Madeira is.  There are still some things I would like to explore there… 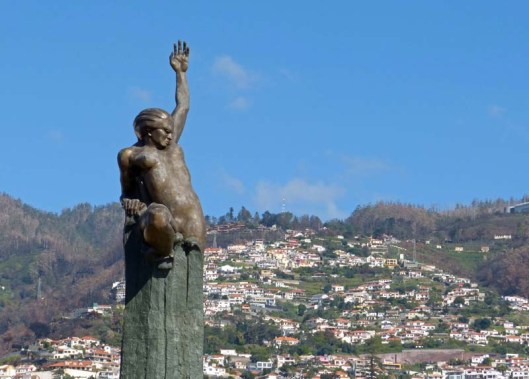 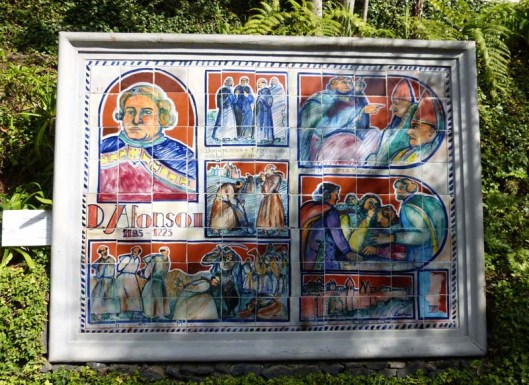 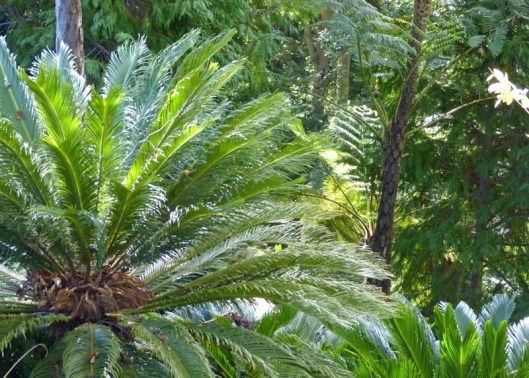 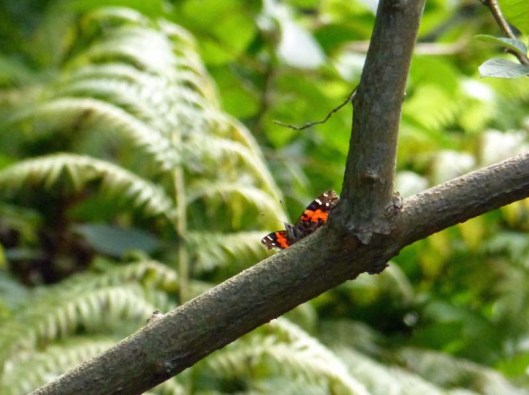 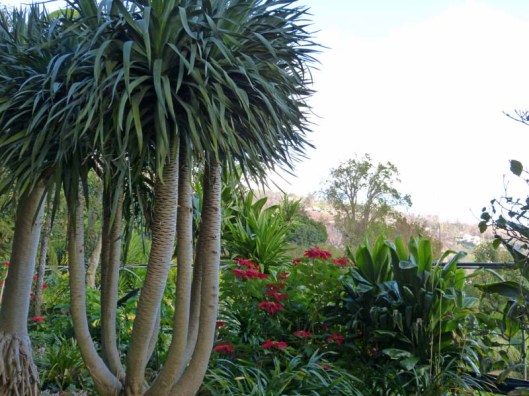 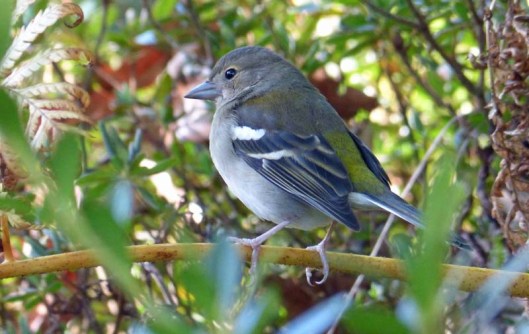 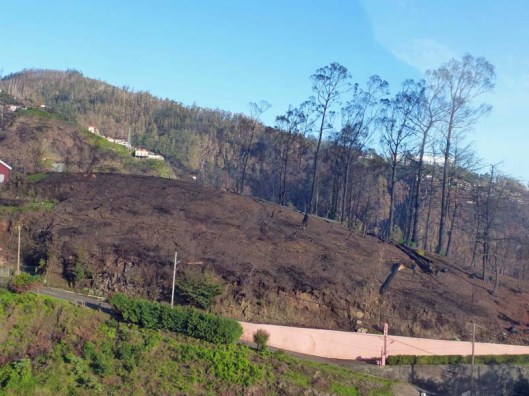 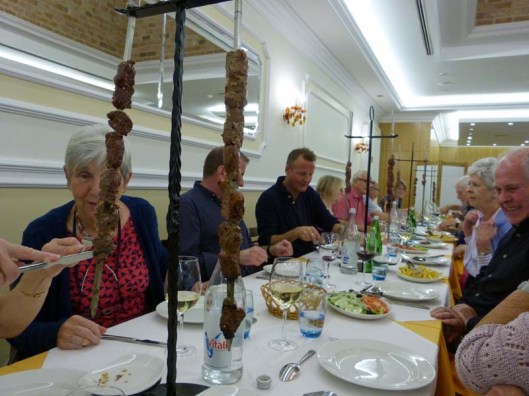