Madeira 7. Saturday 19th November.  A grand tour of the East of the island, certainly my favourite organised day.

We set off along the new roads towards and past the airport, which has recently had it runway extended – by building over the sea.  I managed to get a shot of how it works as we whizzed past.

We were soon passing Machico, said by Lina to be the second largest town on the island, Wikipedia says third.  Whatever – at some 22,000 its population is only about 8% of that of Funchal.  It does boast one of only two yellow sandy beaches in Madeira – sand imported  since the island only produces black volcanic stuff.

On to the easternmost accessible part of the island, the Ponta de Sâo Laurenço and the Baia d’Abra.

Looking eastwards. I love the way the spray frames the cliff.

For the second time in the week we observed a photoshoot going on. Madeira’s a good wheeze! 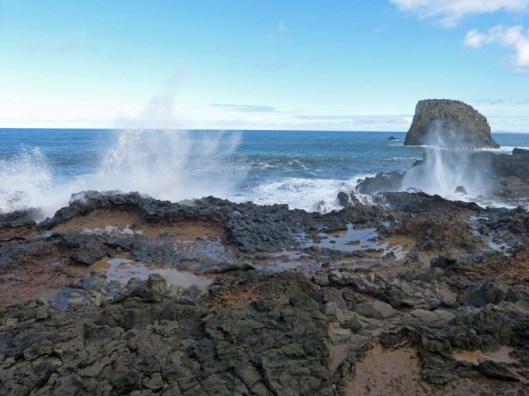 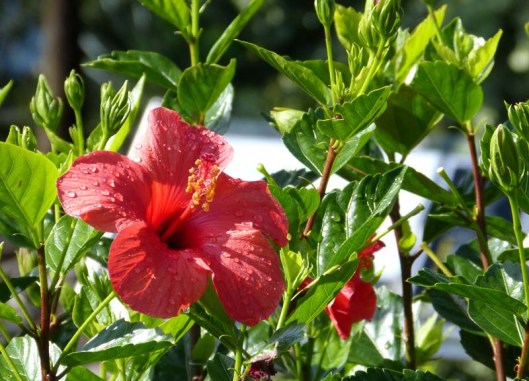 There used to be many houses like this all over the island. These at Santana are kept for tourism purposes 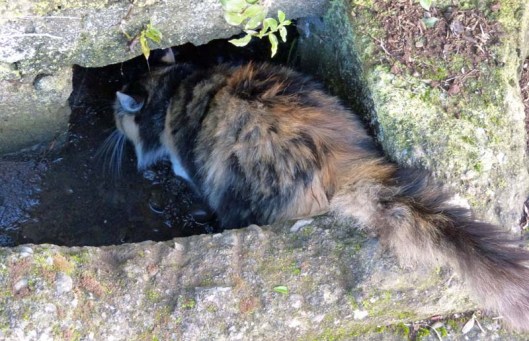 Cats just love drinking anywhere but their bowls.  Is this a mini levada I wonder?

After lunch in a very nice restaurant back near Faial, I had a little wander,

before we moved on to Ribeiro Frio, where the main point of interest is a trout farm – though it looked as if there was some great walking to be had from there as well. 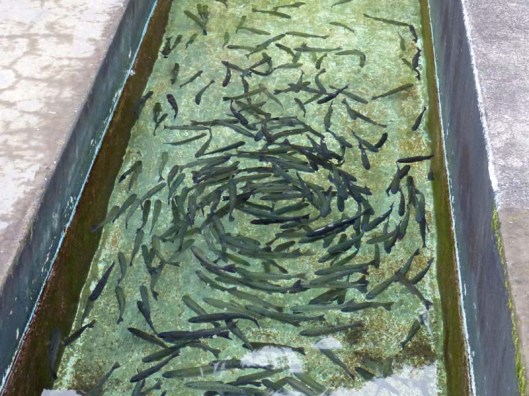 It was grey and overcast at this last stop, so as we then climbed and climbed to the Pico D’Arieiro we feared that there would be no views because of the cloud cover.  No need to have worried. 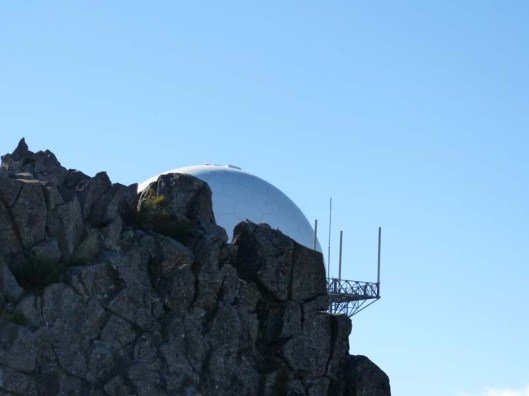 No, a military radar station

Remember I said something previously about no elephants on Madeira?

It was fabulous, above the clouds 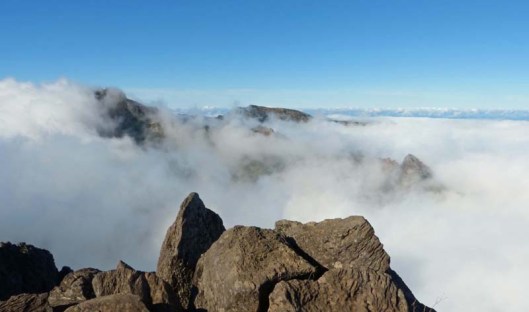 But this was the best of all.  A ‘glory’! A phenomenon that can occur when you have the sun behind you and cloud below you. Amazing and wonderful, (and much clearer than it seems in this photo, as I think the camera probably had problems focussing on the cloud).  There was in fact a very clear second rainbow around the first.  The whole thing was just spectacular. (It may or may not have been a Brocken’s Spectre, when you see your own silhouette against the rainbow, but I think that in that case your silhouette is dead centre.  I think this was the shadow of a radio mast which was behind me and slightly to my right.)

(Here I am looking at it – photo again by Charlie.) 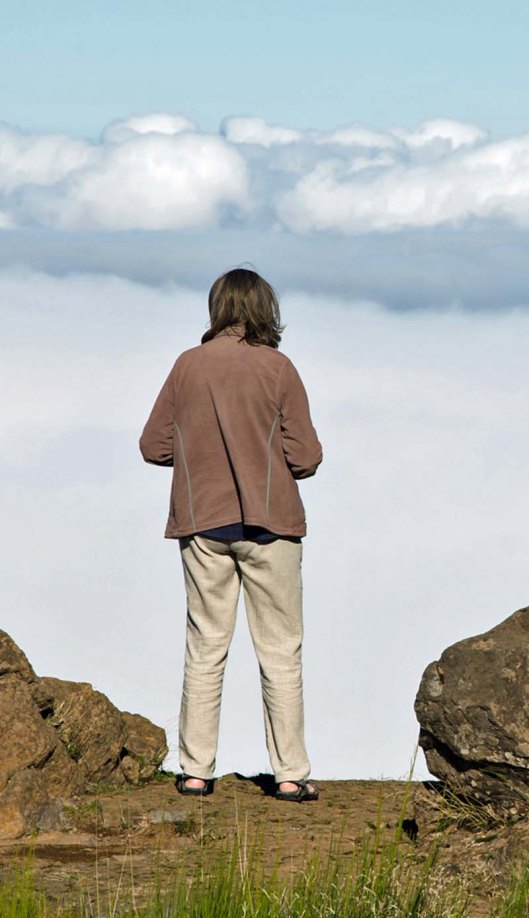 Yes, it was near a precipitous edge, but not as close as it appears.

On the way back, this time we stopped near Machico, and got a better view of the town, and of the extreme tip of the island where we had been in the morning.  And of the artificial sandy beach. 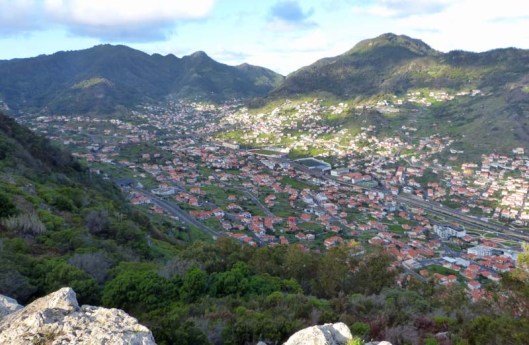 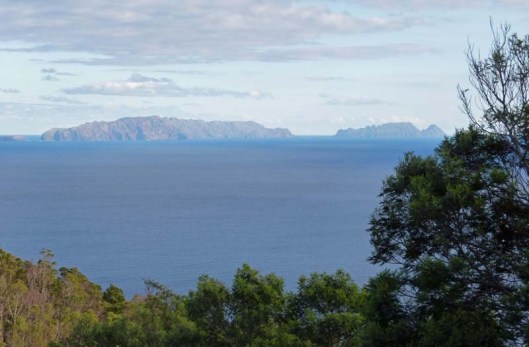 These are the Islas Desertas, an uninhabited nature reserve, but full of lots of wildlife, particularly birds and monk seals, and you can go there on a trip.  I might, next time.

Finally, back past that airport, where I snatched these two photos through the windows of the coach.

We were to take off over that runway two days later! 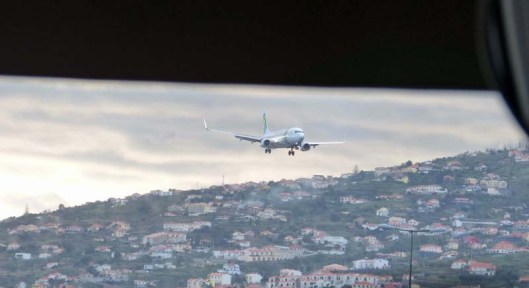 Nothing was laid on for the last day. But I had plans…