Kew Gardens. This time Mary and I went together to Kew Gardens, known more formally as the Royal Botanic Gardens, Kew.  We arrived fairly early, after an obligatory coffee near the station, and decided to make straight for the Temperate House, recently reopened after refurbishment, before the crowds arrived.

En route, a sideways look at the Pagoda. How parched the grass is.

It happened to be the first day of Gnomus’s residence there. He is ‘a font of knowledge, and caretaker of the earth’, hanging around the Temperate House to share with children special stories about the plants there, until the end of the summer holidays. 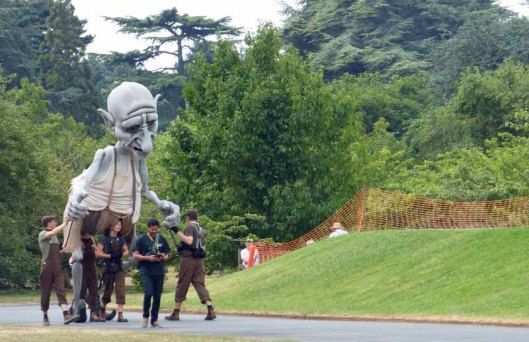 As Mary pointed out, the poor chap at the back is having difficulty making the movements of Gnomus’s feet look realistic!

Views from the balcony. 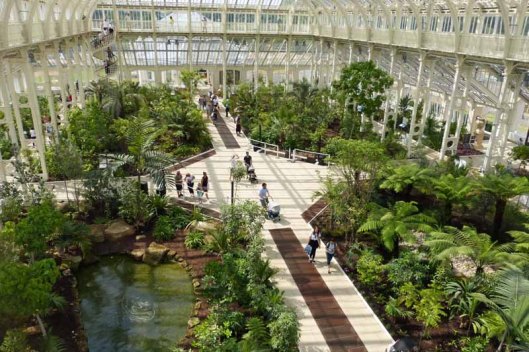 From the balcony I also admired elements of the ironwork. 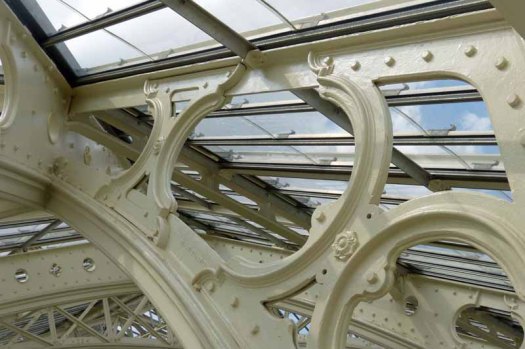 And I focussed on plants from above.

The story behind the leucospermum conocarpodendon below is interesting. In 2005, a Dutch researcher found 40 small packets of seeds in a leather notebook in the National Archives.  The notebook belonged to a Dutch merchant whose ship was captured by the British navy in 1803.  Kew’s Millenium Seedbank propagated this plant from one of those seeds.

We moved on to the Great Pagoda, also recently refurbished.  When it was built in 1762, it had dragons on every corner of its roof, but they only lasted until 1784.  Thanks to donors, the original designs have been used to recreate the dragons, the lower ones carved from wood, the higher ones digitally printed. 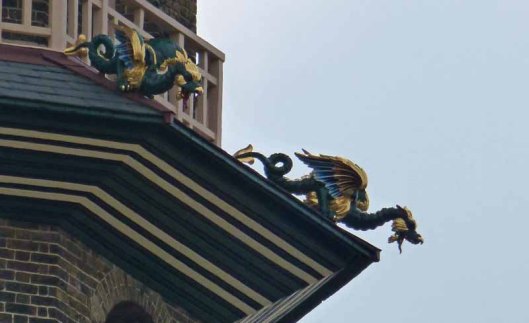 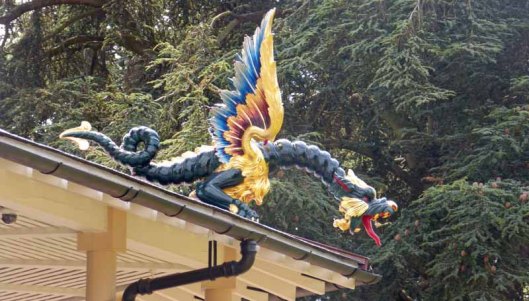 While Mary stayed down and worked on a crossword, I climbed to the top, 253 quite shallow steps. Access was by a broad central spiral staircase. I counted the steps between each floor, 33 to begin with, reducing to 21, so I suppose this was to give the impression, with perspective, that the tower is higher than it really is.  Around the outside of the staircase is a broad landing in every floor, with considerate benches (that is a figure of speech!) on every second landing.  At the top, the windows are glazed, and you cannot get out on to the balconies. 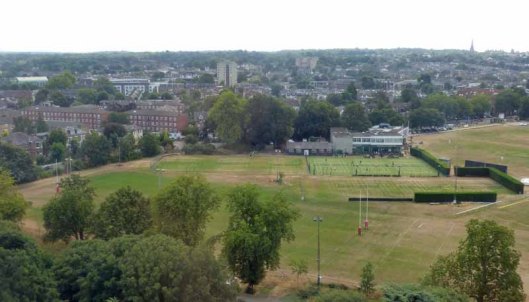 Richmond Lawn Tennis Club from the second floor. They’re only playing on the hard courts.

The Japanese Garden from the top 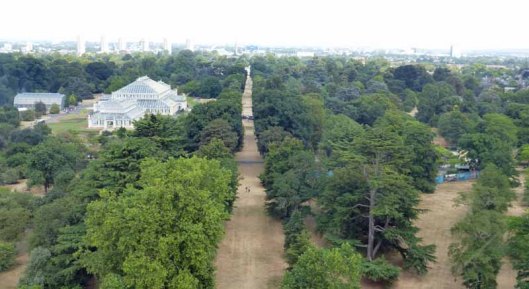 There was a small exhibition on the ground floor. This automaton represents a royal visit to the Pagoda during construction

On our way to lunch: 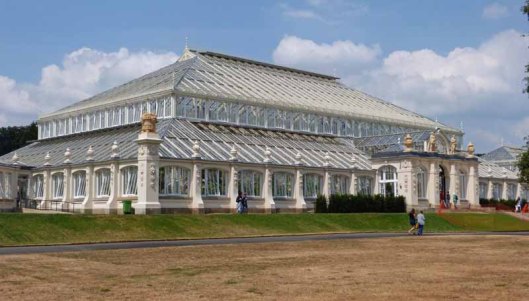 The central section of The Temperate House gleamed in the sun 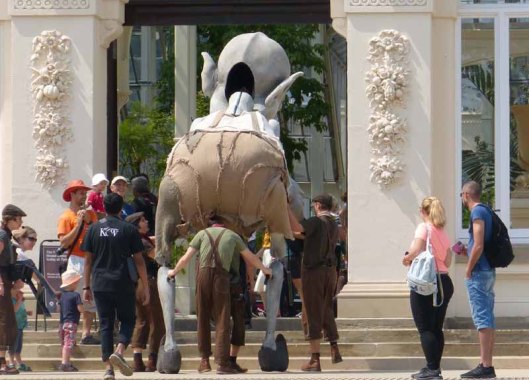 A different chap at the back has worked out what the handles on Gnomus’s calves are for.

The Palm House, now by comparison revealed to be in need of a clean-up

After lunch we wandered down the Broad Walk. 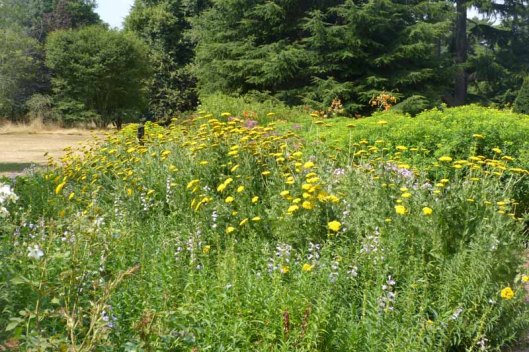 Then around a parkland area.

I loved the bark on this deep-cleft Pyrenean Pine

We sat for a while, both working further on the crossword (my part really just marvelling at the solutions Mary found).

Like my small pond at home, the lake has far too much duckweed etc on it. A result of the extreme heat we have been having? 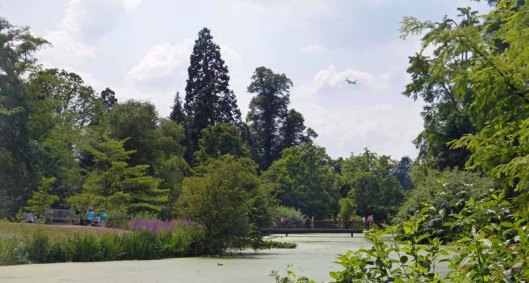 Close to a bench

Daddy swan seems much more concerned by the Egyptian goose than by us.

A speedy passage through the sweltering Palm House,

and out the other side,

back to the café to pick up something to drink. This we consumed sitting on a bench nearby, reflecting on the day, and counting the intervals between the planes which were going over our heads to land at Heathrow Airport (every 60 to 70 seconds, poor residents). 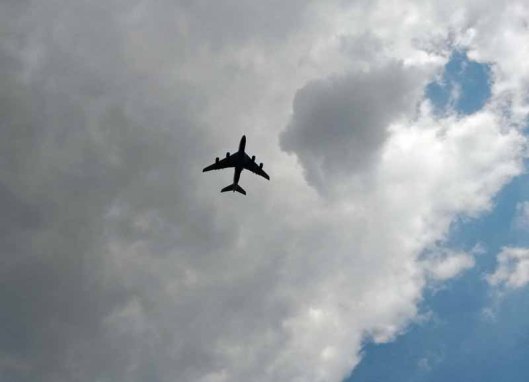