Wednesday afternoon, 6th March. Vervet monkeys hung around the lodge. Indeed we were advised not to leave our sliding doors open. I did go onto my balcony a couple of times to look, but I didn’t see any. These were in a common area.

After a rest it was out on the boat again, in the same direction. Some familiar wildlife and some new. One very special.

These last two pictures had been taken while the boat was moving fast, with, unusually, no stopping, and at a time when I would have thought we would be turning round. Yet the boat sped on, further and further from the lodge.

After a short while all became clear. A leopard! Those local boat steerers/guides keep in touch with each other!

I hadn’t given my hope of seeing a leopard – which would complete my big cat ‘list’ – a thought for days. But given this opportunity, I, like everyone else, took zillions of photos, of which here are a very few. It (I don’t know whether it was male or female) was a long way off, but once you knew where it was, there was a clear view.

I moved to the upper deck of the boat, and by the time I was there, she also had moved.

Short of seeing her catch prey and dragging it up a tree (the chances of seeing that from a boat were slim to non-existent, I would imagine) this was the best possible view we could have had. From these pictures, I extract the following enlarged portraits.

It was now indeed a race to get back to the lodge before the (Chobe) national park shut. I don’t think we made it in time (there were no physical barriers) but I didn’t hear of the boatmen being fined either.

Monday 4th March. Breakfast was to be at 8 a.m., we were told, preceded by a pre-breakfast walk round the grounds at 7 a.m.

Yes, breakfast was scheduled for 8 o’clock, but they hadn’t told us it was to be on a boat cruising along the river! What a lovely surprise!

This was the double-decker boat, and it was great to be able to go to the top deck to observe the wildlife along the way after we had finished eating.

After this, it was time to pack and move on from the Mahangu Lodge eastwards along the Caprivi Strip. We travelled on a main road which bisects the Caprivi Game Park, and saw some interesting wildlife on the way.

We stopped for lunch at a lodge overlooking the Kwandu River.

We resumed our journey.

In due course (we did 340 kilometres that day, temperature 36°C max) we arrived at Zambezi Lodge, on the Zambezi River. Opposite was Zambia.

Friday 1st March, late afternoon cruise on the Okavango River, upstream from Mahangu Lodge. For the most part we hugged the opposite bank, which I think formed part of the national park.

I took these photos before, during and after lunch that day, all at Tarangire Safari Lodge. 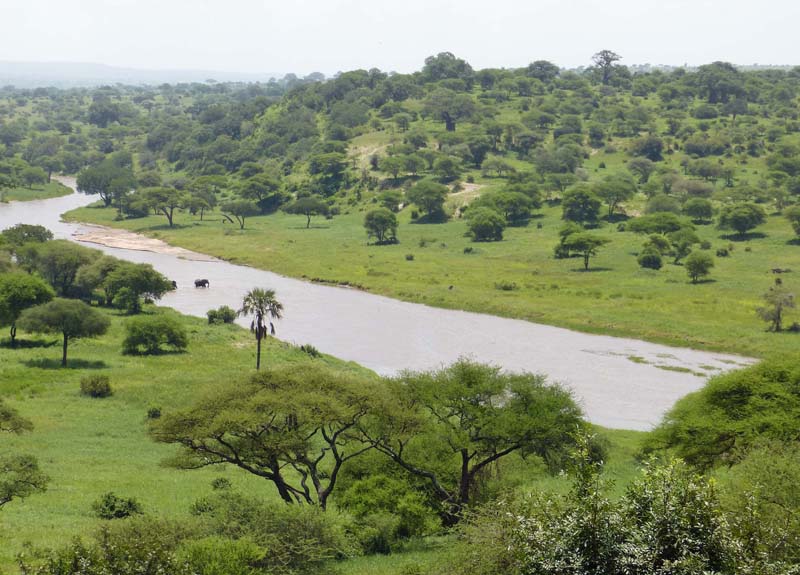 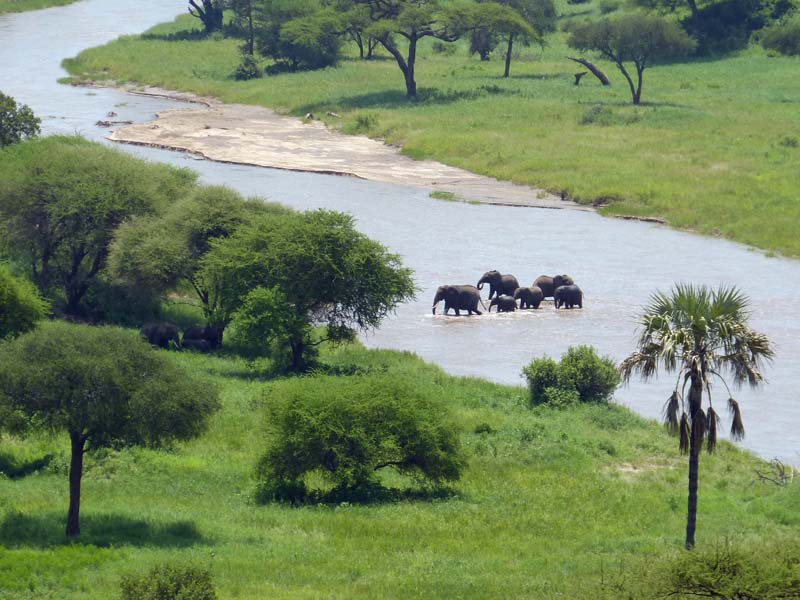 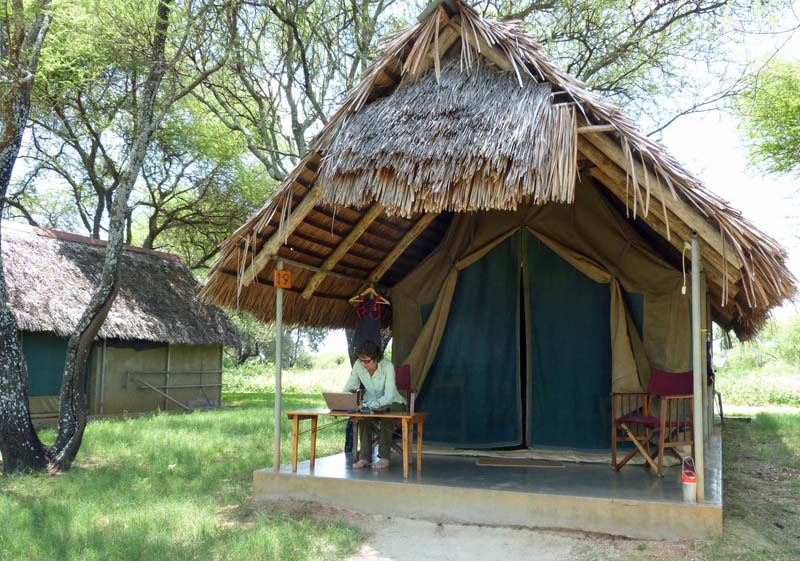 After lunch homework. My room-mate, Sara, was a much more serious photographer than I 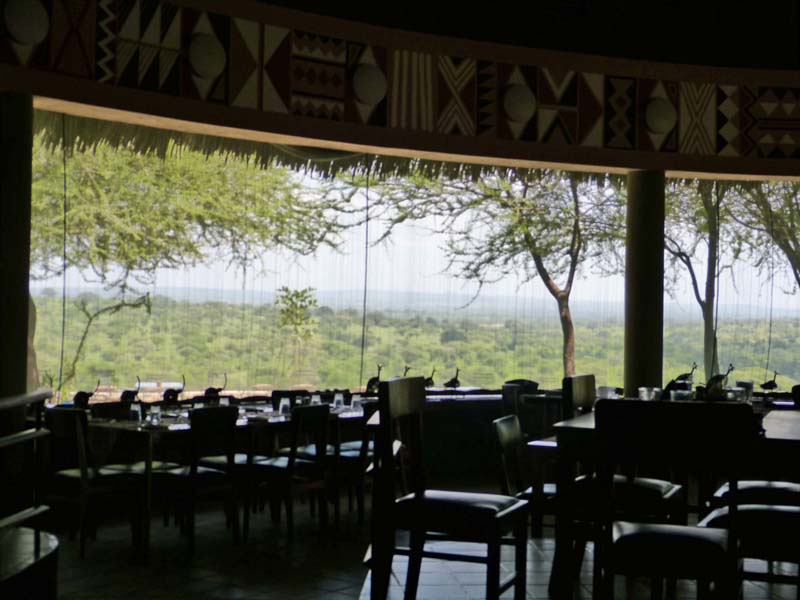 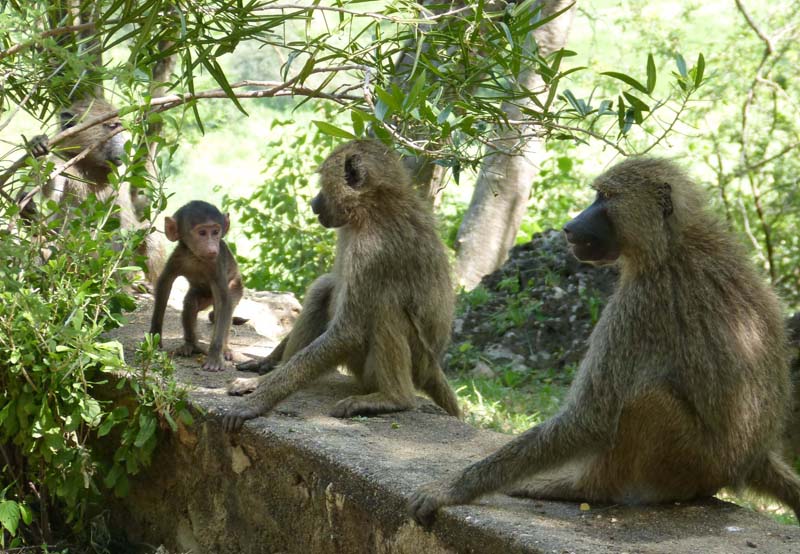 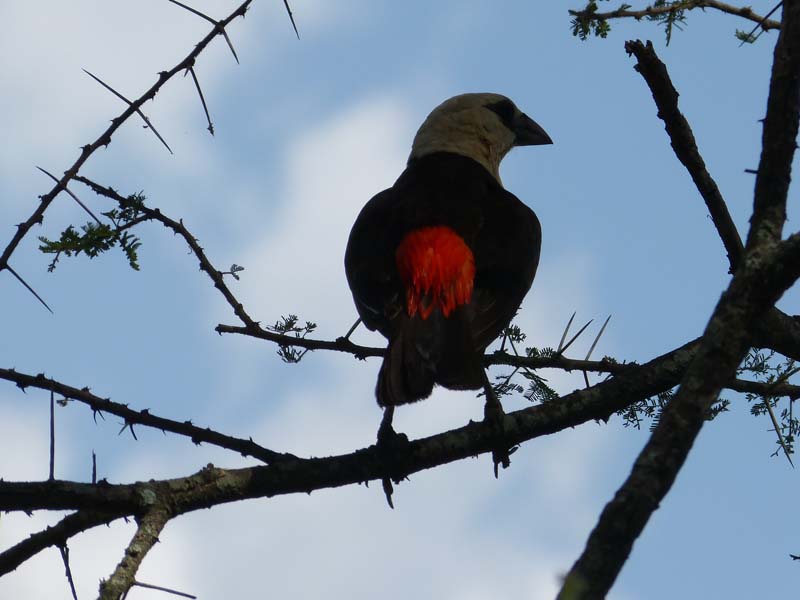 When we went out in the afternoon, I didn’t add much to my stock of pictures – you may be glad to know. 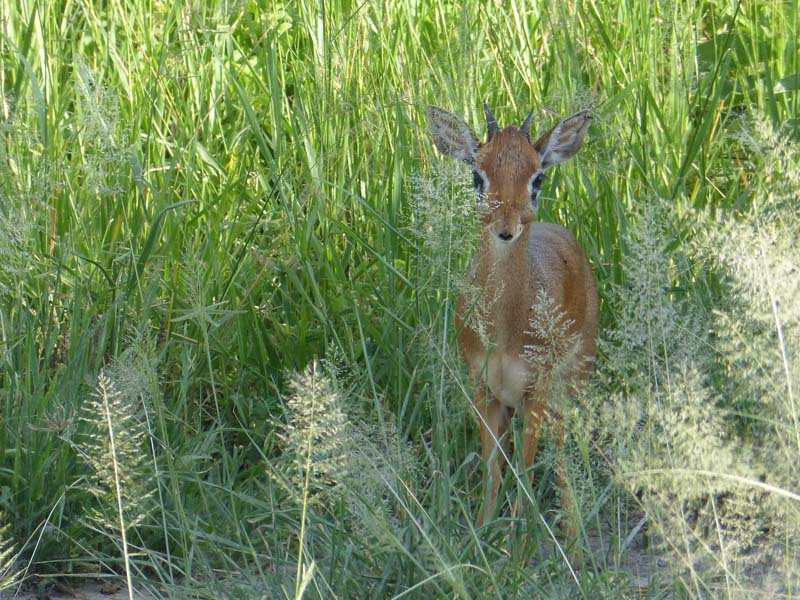 I was the thrilled to be the one to spot this pearl-spotted owlet deep in the foliage. It is only 20 cm tall

It was another lovely dawn the next day. 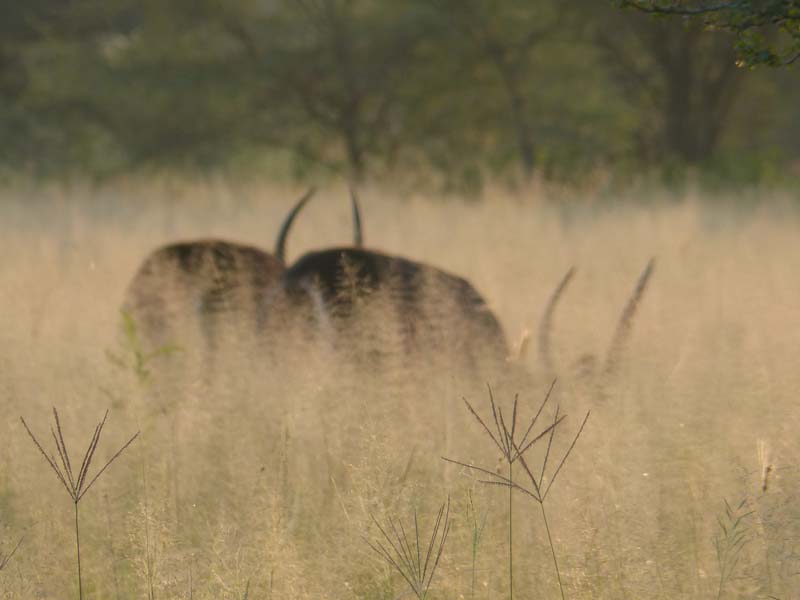 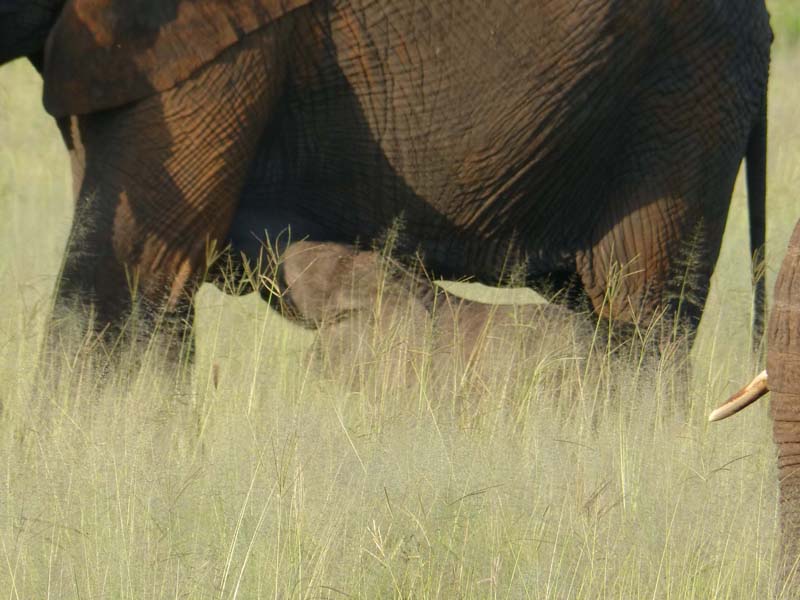 The grass was so long, it was difficult to see the baby elephant 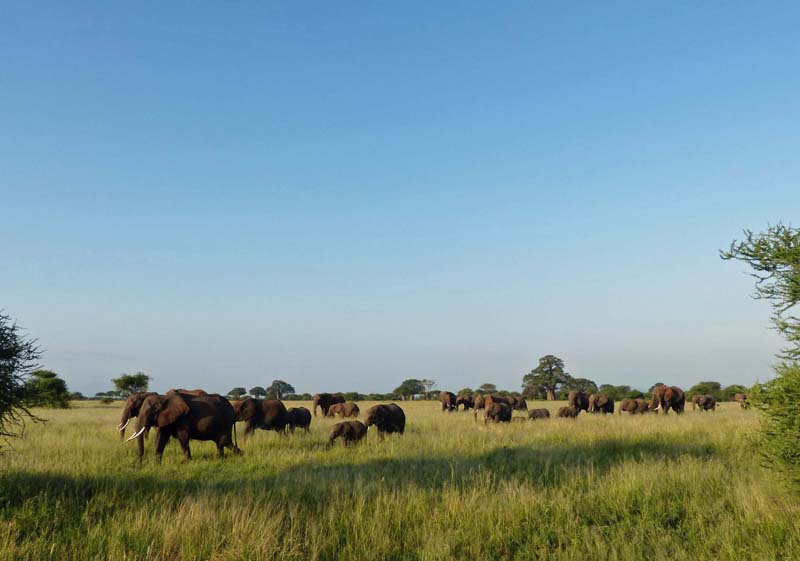 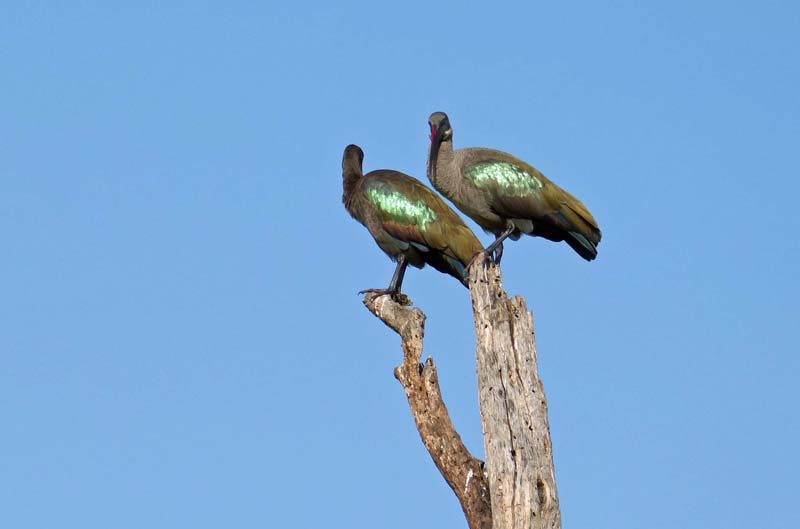 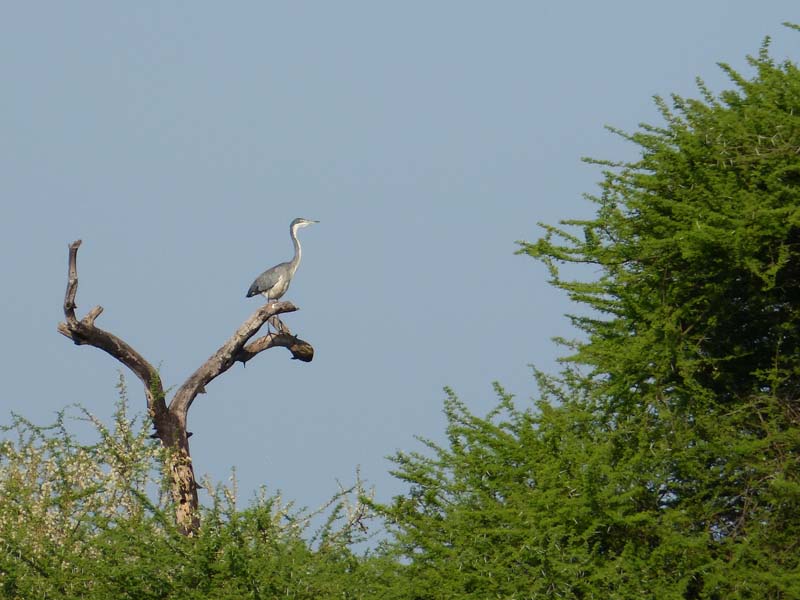 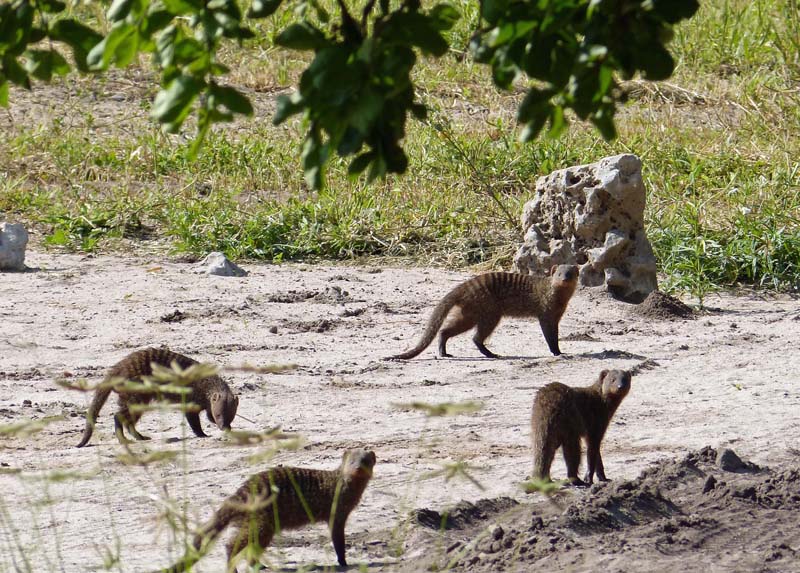 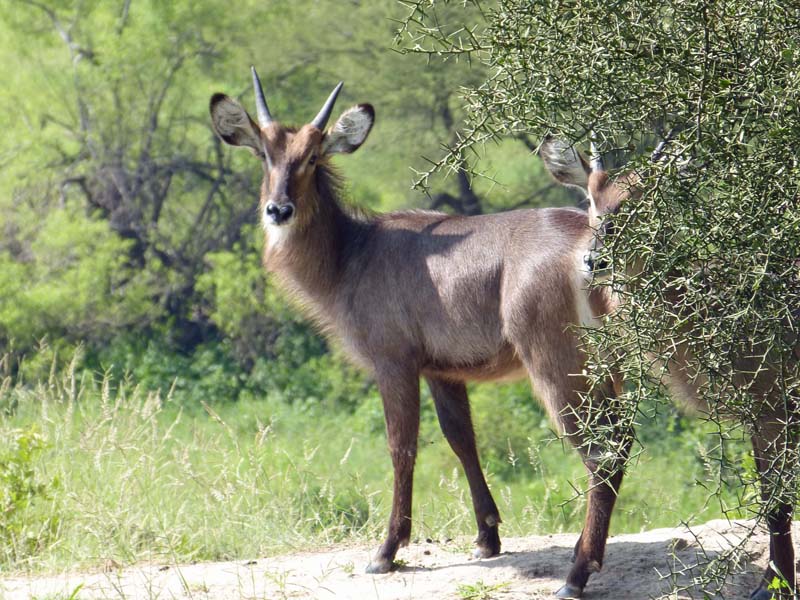 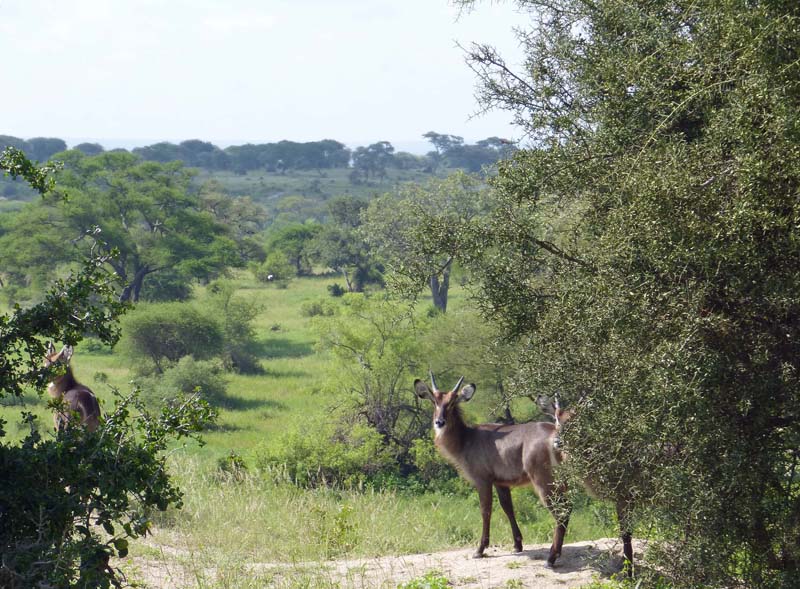